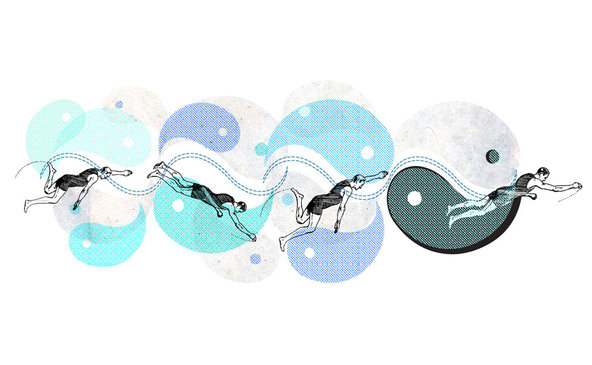 Editor's Note: You may recall our new contributor Dylan Casey from our quantum physics and pragmatism episodes. He's a physics Ph.D. who teaches philosophy, literature, and other things at St. John's College in Annapolis, Maryland, and I'm married to his sister. -ML

This article from "The Stone" (as in philosopher's stone) in the NYTimes argues that, properly understood, kung fu embodies a philosophical disposition that has important features in common with both Aristotelian virtue ethics and pragmatism (i.e., James, Dewey, Rorty, etc.).

Peimin Ni argues "... as the Shaolin monk pointed out, kung fu embodies much more than fighting. In fact any ability resulting from practice and cultivation could accurately be said to embody kung fu."

His linking of pragmatism and kung fu (and Aristotle for that matter) in terms of their focus on "practice and cultivation" rings right to me. I would especially contrast them with the common (Western?) hand-wringing over proper "foundations" for everything from ethics to ontology to epistemology. Both kung fu and pragmatism would seem to share the notion that philosophy is done from the inside out not the outside in.