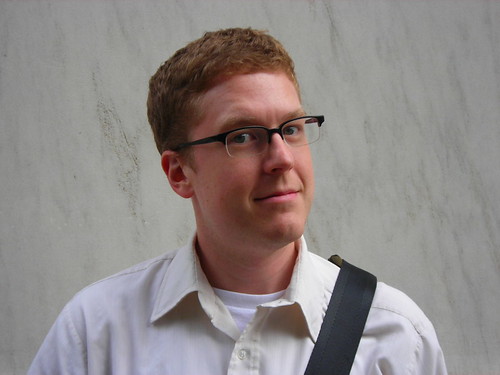 My favorite non-philosophy podcast that I've not kept up lately with is Wasted Words, which is just funny people talking about a variety of topics, which occasionally veer into philosophy, but usually not. This was one of the couple of podcasts that served as a proof of concept to me that I could do something like this even though none of the other participants lived in the same city as me or would want to hang out in my basement recording so much with me anyway.

Its host for the past 80 episodes or so has been R.J. White, who has a blog and other things. He's an old fashioned kind of guy, a jazzy early 60s New Yorky kind of guy, and so he gets this complimentary Personal Philosophy:

I think mostly my philosophy is to be like one of those guys in that show Mad Men. I mean, I haven't actually watched that show, but I've heard stuff. I mean, it's pretty much an a priori ideal of machismo and class, right? That's what I hear. I don't need to watch the show to get that a real man is one who isn't afraid to have a mustache and drive a fast car. And drink martinis. Out of a woman's navel.

Why are those Men so Mad? It only stands to reason that they're Mad because they are crazy cool, and that's what I aim to be. I think. Wait. Isn't there a... like a... dolphin training plot involved in there somewhere? Or am I thinking of something else? Anyway, if the Mad Men are doing it,then I am into it. And that includes dolphin training, starting now, just to be safe, in case I am remembering that correctly.