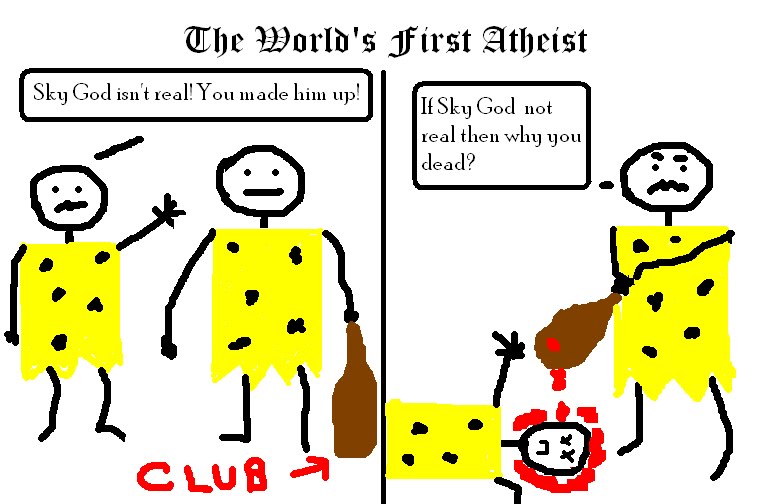 Given that we've been building to this "new atheism" episode for-stinking-ever (it's scheduled to record at the end of August right now) and the next actual recording we'll be doing is on feminism (scheduled for a week from now, but originally scheduled for back in March, so it's not like we're neglecting atheism to do this one), it struck me as serendipitous to see this pathetic she-said-that-he-said-that-she-said piece about Internet bickering from Salon.com.

It wearies me to repeat the story, so you can just look at the article if you want details, but its point is that Dawkins is an insensitive male, since he interpreted something that someone said on a blog the wrong way. I agree with the author of the article (Tracy Clark-Flory) that the blogger (who was complaining about creepy atheist guys hitting on her at inopportune times just after hearing her complain about how she didn't like creepy atheist guys hitting on her) wasn't out of line, and that Dawkins (if the report is correct) was acting dickish, but I barely care about that aspect.

The interesting thing here is the dynamic of people united in a cause, whether it be political, religious, or whichever of these "new atheism" counts as, who, qua people (who are basically stupid and weak by human nature), undermine their own cause by sleeping with each other, or not sleeping with each other, or getting in petty squabbles, or having explosive diarrhea during a conference, or whatever.

I mean, look at you, Mr. or Mrs. or Ms. philosophy person, who probably actually clicked on that diarrhea link in the previous paragraph thinking I'd actually found a funny video of someone having diarrhea at a conference. Shame! Our frivolous, animal nature overcomes our puny reason all too often (as Plato would surely agree, and Nietzsche moreso).

Beyond the characters of those involved, I find the Internet dynamics of this story as fascinating as they are irritating: Can we, for example, launch PEL to fame by saying something provocative about Dennett and getting him to respond, and then we respond back, and Salon.com or maybe even CNN will report on it? Probably not unless it involves sex, and I'd prefer that the concepts Dennett and sex not be joined anywhere near my imagination (no offense, Mr. D.).

OK, there is an actual question remaining here: does the type of militant atheism Dawkins exemplifies have anything in its character that would make its male followers more likely than anyone else to be all creepy and stalkery? I see no evidence of that from this article, but feel free to speculate madly.

Image credit: The comic is from Laughing in Purgatory, and as is my wont, I found it via a 3 second Google image search, this time on "atheism feminism," though I don't see what the comic has to do with feminism. Maybe the feminist point is that we assume all poorly-defined cartoon characters are boys. Shame!