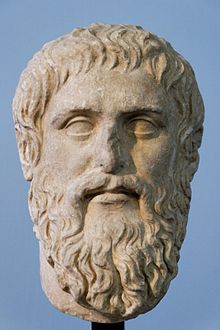 Discussing The Republic by Plato, primarily books 1 and 2.

What is justice? What is the ideal type of government? In the dialogue, Socrates argues that justice is real (not just a fiction the strong make up) and that it's not relative to who you are (in the sense that it would always be just to help your friends and hurt your enemies). Justice ends up being a matter of balancing your soul so the rational part is in control over the rest of you.

The Republic is Plato's utopia, described by analogy with justice in the individual: In the ideal state, the rational people will be in charge, and these leaders should go through rigorous conditioning and live communally (spouse sharing!) in order for them to serve the state effectively.

You'll hear Wes and Dylan Casey talk about their St. John's experiences (the "Johnny" discussion-only format provides a chief model for P.E.L.'s). Plus, Gay Girl from Damascus, which music degrades your character, and does suffering make people morally worse?

Leave a Reply to 20 Versions of “The Cave:” A Video Roundup | The Partially Examined Life | A Philosophy Podcast and Blog Cancel reply