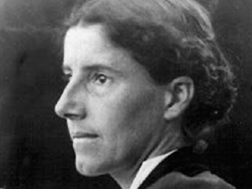 How does human nature, and specifically moral psychology, vary by sex? Charlotte Perkins Gilman claims that when philosophers have described human nature as violent and selfish, they have in mind solely male nature. Females, left to themselves in an isolated society, would be supremely peaceful, rational, and cooperative.

Carol Gilligan says accounts of "normal" moral development have not taken into account observations of women: instead of judging women my male standards and finding them wanting, she hypothesized a trajectory specific to women that acknowledged their emphasis on concrete care as opposed to abstract moral principles.

Featuring the return of Seth and guest podcaster Azzurra Crispino, whom you might recall from our Kant epistemology episode. We wanted this to be an introduction to feminist philosophy, and so talk a bit about exploitation and whether heterosexual sex is inherently oppressive, and other fun topics, but mostly it's just a discussion of two books. But they're good ones! Read more about the topic.