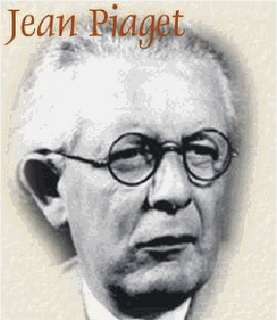 For a little more detail on how Gilligan's account of moral development differs from and responds to those of her predecessors, check out this page from the U. of Illinois Office for Studies in Moral Development and Education.

Given that it's aimed at educators, the emphasis is on how schools can affect moral development. I found this bit in Piaget spoke to the consideration of socialization in our Rousseau discussion:

The relative powerlessness of young children, coupled with childhood egocentrism feeds into a heteronomous moral orientation [meaning it's tied to blind obedience to authority].

However, through interactions with other children in which the group seeks a to play together in a way all find fair, children find this strict heteronomous adherence to rules sometimes problematic. As children consider these situations, they develop towards an "autonomous" stage of moral reasoning, characterized by the ability to consider rules critically, and selectively apply these rules based on a goal of mutual respect and cooperation. The ability to act from a sense of reciprocity and mutual respect is associated with a shift in the child's cognitive structure from egocentrism to perspective taking... Thus, Piaget viewed moral development as the result of interpersonal interactions through which individuals work out resolutions which all deem fair...

Piaget concluded from this work that schools should emphasize cooperative decision-making and problem solving, nurturing moral development by requiring students to work out common rules based on fairness. This is a direct rejection of sociologists Emile Durkheim's view of proper moral education... Durkheim believed moral development was a natural result of attachment to the group, an attachment which manifests itself in a respect for the symbols, rules, and authority of that group. Piaget rejected this belief that children simply learn and internalize the norms for a group; he believed individuals define morality individually through their struggles to arrive at fair solutions. Given this view, Piaget suggested that a classroom teacher perform a difficult task: the educator must provide students with opportunities for personal discovery through problem solving, rather than indoctrinating students with norms.

I point this out because I think it's a common belief that morality is just a matter of authority drilled into your head: that to be moral is most people a matter of knee jerk reactions expressing groupthink, and that's exactly what the morally underdeveloped do, according to Jonathan Glover in this Philosophy Bites episode on personality disorder and morality. For the rest of us, though, there's autonomous thought, dependent though it may be on interactions with others. Morality is, as a matter of psychology, not "the they," but "we." That insight runs through Piaget, Kohlberg, and Gilligan.