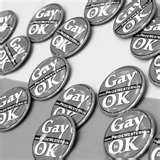 I'm heartened enough by Jonathan Brack's response to my Philosophy for Theologians review to put out this rather lengthy open question to them or any readers who might fall into a comparable category:

I find it's easy to be cordial about metaphysical differences and have a live-and-let-live approach (or even something more productive/interactive) to matters of faith in this respect. Though there are enough terribly stupid proponents of both theism and atheism out there to elicit a general hostility from the other side, with some exposure to the right disputants, the whole discourse can become much more friendly.

The one unmovable force, though, is the wholesale moral condemnation of the unbeliever read by many into scripture. As long as you think I deserve everlasting torment for willfully refusing to believe, well, that's anathema to friendliness.

As much as I appreciate the variety of moral intuitions out there, I've reached a point where I have identified at least two judgments that demonstrate that a moral outlook has just plain failed:

1. Unbelievers go to hell. The whole point of philosophy for me is following your intellectual conscience. Now, we can by cynical about that, and think that we're ultimately going to follow whatever view matches our temperament, or upbringing, or whatever; or if you have a more charitable view of the human intellect, you can admit that we really can decide philosophical questions with some amount of impartiality, at least after developing some critical skills. It's simply not the case that everyone, for example, can just look up, so to speak, and behold a personal God watching their every move, such that everyone who denies this proposition is engaging in serious self-deception. Given this, it's at least possible for someone who has been sufficiently educated in religious beliefs (has "heard the good news") can still say in good conscience that he just can't believe any of this stuff. Now, he may be wrong, but if your moral system says that nonetheless, after an honest try, that person is going to burn in everlasting torment, this indicates something has gone wrong in your system.

2. Homosexual love is sick and wrong. Love (and I mean actual love, not just lust) is just about the coolest gift we've been given (by God, nature, or whatever), and though of course there are many types of unhealthy relationships that we're better off avoiding, if you find that the kind of love you're capable of is for someone of the same sex, and your belief system says that no, you don't get to love, you are instead denied this most excellent gift and, to be morally upright, need to live in denial of your true self, then your moral system is similarly faulty.

-Deny the self-reports I've included in my descriptions. Kierkegaard for one will say yes, God is always phenomenologically available to us. You could deny that homosexuality is really genetic or natural or unavoidable. These are, I think, empirical claims, and historically hard-won ones. I don't think anyone making a serious attempt to objectively examine the evidence is going to feel justified in overriding the self-reports of millions of other people.

-Bite the bullet and say that despite the clear consciences of the unbelievers and homosexuals, God condemns them anyway. This is, I think, a species of the problem of evil, but it's not here just that God is permitting evil (disease, plague, other people's evil choices) that the theist must then explain away as necessary for God's larger plan, but that God's commands themselves result in a human condition fraught with cruel irony. One can then hold a view of a rather grim God that requires our suffering for his plan to work, and there's nothing intellectually self-contradictory about doing so, but such perverse moral intuitions disqualify you from cooperative political activity in a secular society.

To make my point more starkly: imagine your scripture commands you to regard some class of people as not actually human, such that it's encouraged that you kill them, and it's totally OK for you to torture them and otherwise make them suffer. Does your hermeneutic in reading scripture force you to interpret this (hopefully hypothetical, but certainly some groups have read such nonsense into the Bible or Koran) command in some less literal way, or do you follow what it says and deny the first-person reports of your victims that they really do have consciousness/soul/moral moral status that is by all appearances comparable to yours?

So what do you say? Is the way out of the dilemma to interpret scripture in light of a basic respect for human integrity (i.e. paying attention to what other intelligent people claim to find upon reflection), or do you insist that no notion of human integrity is even coherently describable without reference to scripture, such that you end up being a hard ass against other people's sincere claims of conscience?