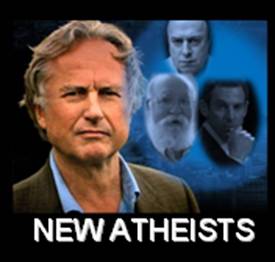 Should we be religious, or is religion just a bunch of superstitious nonsense that it's past time for us to outgrow? Does faith lead to ceding to authority and potential violence? Can a reasonable person be religious? We say lots of rude things about these authors, and at times about their targets in this listener-requested episode featuring Mark, Wes, Seth, and Dylan. Read more about the topic.

Buy/read what we did:
-Ch. 1-2 of Harris's The End of Faith: Religion, Terror, and the Future of Reason

(2004)
-The last three chapters of Hitchens's God Is Not Great: How Religion Poisons Everything

(2006)
-Ch. 8 (and skimming 3 and 7 to get context) of Dan Dennett’s Breaking the Spell: Religion as a Natural Phenomenon

(2006)
-Chapter 14 of Anthony Kenny's 2008 book From Empedocles to Wittgenstein: Historical Essays in Philosophy

(which we read as a response to Dawkins).

End song: “Goddammit” by by Mark Lint and the Simulacra, recorded partly in 2000 and partly just now.