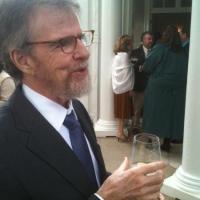 We are currently scheduled to talk with Owen Flanagan about his book The Bodhisattva's Brain: Buddhism Naturalized. I'll put up the formal "topic announcement" when I have a better idea what the discussion will focus on (i.e. after we actually interview him). For now, anyone who is already familiar with the book, or his work, or this topic in general is welcome to weigh in here and try to steer us through this. If you post some questions for him that strike us as particularly cogent, we'll try to bring them up with him.

Read Seth's earlier post about this. I highly encourage you to listen to the episode of The Secular Buddhist podcast that Flanagan is on; that will likely give you enough material to post some questions here.