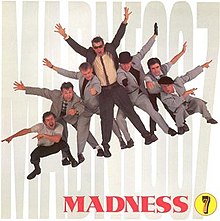 OK, so this isn't the easiest thing to read (after seeing numerous Žižek videos, it looks to me that he writes like he talks like he thinks, which is pretty fluid, making connections between things and not necessarily driving through focused theses...) but a little time spent on it yields some interesting points.  For some context, Katie noted in the episode that Discipline & Punish

and The History of Sexuality.

We only talked about Discipline and Punish, but you can take the general theme on Power found in it and imagine how Foucault uses it in the other two works even if you haven't read them.

Žižek summarizes Foucault's characterization (in Madness and Civilization) of the status of madness from the Renaissance to the Classical Age of Reason thusly:

In the Renaissance (Cervantes, Shakespeare, Erasmus, etc.), madness was a specific phenomenon of human spirit which belonged to the series of prophets, possessed visionaries, those obsessed by demons, saints, comediants, etc. It was a meaningful phenomenon with a truth of its own. Even if madmen were vilified, they were treated with awe, like messengers of sacred horror. - With Descartes, however, madness is excluded: madness, in all its varieties, comes to occupy a position that was the former location of leprosy.

As has been a theme in both the podcast on Foucault and the discussions of him here and on our FB page, I'll put aside a judgment about the historical accuracy of Foucault's claim.  What I'd like to do is unpack Žižek's reading of Foucault's reading of Descartes.

Žižek notes that Foucault addresses the Cogito in Madness and Civilization.  We are all familiar with the idea that Descartes founds the certainty of the Cogito by hypothesis that everything we perceive is illusion.  Madness, insofar as it creates false perceptions or illusions, is treated by Descartes in the same way as dreams or waking sense delusions - I can doubt that I am perceiving correctly (I am being deceived) but I can't doubt that I think.  The Cogito is gotten to via reason and not perception - it rejects perception and by extension, madness.  So on Žižek's reading:

Foucault’s reproach is that Descartes does not really confront madness, but avoids to think it. He EXCLUDES madness from the domain of reason: "Dreams or illusions are surmounted within the structure of truth; but madness is inadmissible for the doubting subject" In the Classical Age, Reason is thus based on the exclusion of madness: the very existence of the category 'madness' is historically determined, along with its opposite 'reason'; that is, it is determined, through power relations.

This is intended to illuminate the previous comment about the exclusion of madness.  Madness, instead of being constitutive of (a certain type) of self is excluded from self altogether when Descartes positions the rationally founded I think against the content of perception.  Žižek highlights Foucault's criticism of Descartes:

When I suffer sensory illusions of perception or when I dream, I still REMAIN NORMAL AND RATIONAL, I only deceive myself with regard to what I see. In madness, on the contrary, I myself am no longer normal, I lose my reason. So madness has to be excluded if I am to be a rational subject.

So the thesis here is that the Cartesian rational subject requires the rejection of madness.  This is problematic in that people who experience madness (we could probably more charitably refer to this as 'psychologically irrational states' but that's too long) are either not subjects or somehow lose their subjectivity.  Given that the rational subject is intended to be the basis for an account of the human Self and Knowledge, it can't apply partially or be something people can drop into and out of arbitrarily. Foucault's criticism is then that by excluding the non-rational, Descartes marginalizes it and as Cartesian subjectivity takes hold in theory, thought and social structures the non-rational becomes something antithetical to the Self and must be treated with (at first) hostility and then clinically.