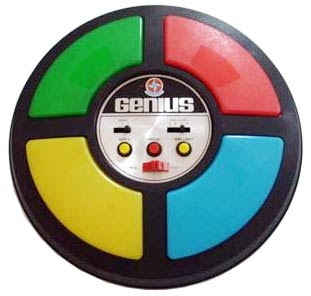 To wrap up my thoughts on this subject: Probably the most interesting part of this Pirsig immersion experience for me has been thinking about his stance as a lone philosopher, rebelling against academia.

Like Ayn Rand's, much of Pirsig's attitude towards academia seems to be a direct result of some assholes he had to deal with in school: arrogant professors, sheeplike fellow students, and colleagues who had definite ideas about inquiry that seemed to rule out what he was interested in. As a result, some of what he has to say seems reactive and bitter, and really won't apply to your experience, unless you read him so repeatedly that you accept his picture of his status quo as an accurate representation of the philosophy profession as a whole today, which it's just not.

For instance, you might think that, say, Kant was so revered that no one challenged his notion of a thing-in-itself for 150 years until Pirsig, but that's really a pretty terrible take on the history, given that Hegel and Fichte challenged this immediately, during Kant's lifetime even, and this strain then dominated most of continental philosophy (it's particularly blatant in Heidegger). This is hardly just a historical quibble; however valuable you may find Pirsig, your perspective on him will change completely if you read him not as a lone thinker but as giving his own modern articulation of ideas that are the common property of whole trends in history. In some ways, his formulations were fresh and unique; in others, they were a hastily sketched retread of things he'd read, and would have been much improved if he'd read more.

Still, as "the partially examined life" idea implies, his approach might have been more psychologically healthy than a more scholarly one. At one point near the end of Lila he says something to the effect of "there's a time for thinking and a time for conclusions." What I might call the Wes Alwan take on philosophy is that the big questions never get solved, so rather than fooling yourself or using some short-cut way of denying the efficacy of the problems (like positivism), you can recognize that the activity of hashing through them is spiritually fulfilling in itself. It's the journey, not the destination.

Pirsig seems (sometimes, at least) to take the opposite approach: he's had to think through these things compulsively, to the neglect of his family and other duties, so if he's come to clarity to his own satisfaction, then he's not going to spend twenty years improving his articulation with additional research. With the apparent amount of money and attention he made from ZAMM, he could easily have kept putting out books, but apparently that effort was more draining than it was worth, because what we get out of Lila is in part the story of a vast heap of notes he'd been collecting to write a book, only a fraction of which actually make it into the resulting book, meaning that Lila tells the story of him trying to write this book, and includes some of his deliberations in this attempt, but moreso the events that happened to him during this time and how he reacted to them.

Pirsig well embodies the virtue praised by Emerson's essay "Self Reliance," but there are other intellectual virtues too: having the patience and empathy to enter into someone else's thought, being able to stay awake and focused through academic lectures even though you think you're smarter than the prof, being able to rise above the pettiness of academic politics to more objectively evaluate your own and others' positions rather than reacting to them like enemies. These are not qualities that Pirsig appreciated, and he came up with this whole derisive terminology as an excuse to discount the viewpoints of virtually all working philosophers. This is from p. 322-3 of Lila:

He liked that word 'philosophology.' It was just right. It had a nice dull, cumbersome, superfluous appearance that exactly fitted its subject matter, and he'd been using it for some time now. Philosophology is to philosophy as musicology is to music, or as art history and art appreciation are to art, or as literary criticism is to creative writing. It's a derivative, secondary field, a sometimes parasitic growth that likes to think it controls its host by analyzing and intellectualizing its host's behavior.

Literature people are sometimes puzzled by the hatred many creative writers have for them. Art historians can't understand the venom either. He supposed the same was true with musicologists but he didn't know enough about them. But philosophologists don't have this problem at all because the philosophers who would normally condemn them are a null-class. They don't exist. Philosophologists, calling themselves philosophers, are just about all there are.

You can imagine the ridiculousness of an art historian taking his students to museums, having them write a thesis on some historical or technical aspect of what they see there, and after a few years of this giving them degrees that say they are accomplished artists. They've never held a brush or a mallet and chisel in their hands. All they know is art history.

Yet, ridiculous as it sounds, this is exactly what happens in the philosophology that calls itself philosophy. Students aren't expected to philosophize. Their instructors would hardly know what to say if they did. They'd probably compare the student's writing to Mill or Kant or somebody like that, find the student's work grossly inferior, and tell him to abandon it. As a student Phaedrus had been warned that he would 'come a cropper" if he got too attached to any philosophical ideas of his own.

Literature, musicology, art history and philosophology thrive in academic institutions because they are easy to teach. You just Xerox something some philosopher has said and make the students discuss it, make them memorize it, and then flunk them at the end of the quarter if they forget it. Actual painting, music composition and creative writing are almost impossible to teach and so they barely get in the academic door. True philosophy doesn't get in at all. Philosophologists often have an interest in creating philosophy but, as philosophologists, they subordinate it, much as a literary scholar might subordinate his own interest in creative writing. Unless they are exceptional they don't consider the creation of philosophy their real line of work.

Again, Pirsig is reacting to some personal impression he got from dealing with a couple of assholes, and can't imagine why professors would want you to be able to give a nice, clear exposition of a few historical figures before they're going to listen to you dish out your own material. He doesn't get that philosophy is a social enterprise.

As you likely know from looking around on the blogosphere, you just don't have enough time to read everyone, so you have to have a reason. In my case, the only reason you're likely reading this is because you've enjoyed the podcast and don't think I'm a total crank. In pitching the podcast, though we're clear that we're not experts, and that's a lot of the fun of it, I'm sure it helps our credibility that we were in fact all admitted to a legitimate philosophy grad school program, and we didn't flunk out or anything like that. In Pirsig's case, he wrote a compelling book that sold people on him, and the bit of background information about him having a genius-level IQ as evinced by his starting college at age 14 or whenever doesn't hurt. This is what distinguishes him from an evident crank, and may give us the patience to follow his thoughts even if he insists on spreading them thinly over a couple of travelogues that you might not be otherwise interested in. A freshman student is not going to be in that position, and as someone who's had to grade a crapload of papers, I'm always excited to see any evidence of thought, but if you don't develop the basic skills of philosophical exposition you're doomed to the land of B-.

If philosophy is a spiritual, solitary activity, and Pirsig reached a personally fulfilling conclusion, then that's very good for him, and he can provide a good model for how to do that yourself, meaning that you will slay the Buddha of Pirsig and reach within yourself for your own personal philosophy. If you're going to bother to communicate with people about your philosophy, and you do not yourself have a genius IQ (and really, even if you do), then he does not exemplify the goal you should have in mind. All of us have to make a personal life-balance choice about how much appetite we have for reading, developing our communication skills, and figuring out where others are coming from, much less giving our formulations the kind of polishing and literature-referencing necessary to meet academic publishing standards. Don't think, though, that some shortcuts you've taken out of personal utility are really optimal with regard to people you're trying to communicate with.