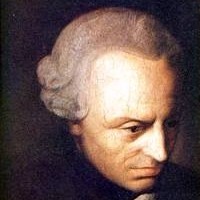 [Editor's Note: We haven't heard in a while from Robert from our God episode and are happy to have him digging into our back catalog and blogging on it:]

For those working through the PEL ethics episodes on Kant and Bentham (episodes 9 and 10), a common difficulty with the philosophy of ethics is that it can seem abstract and somewhat difficult to relate to the material in a practical sense.  That’s why I like to think through my moral philosophical frameworks in terms of life in a post-apocalyptic zombie wasteland.  And no show does Immanuel Kant and Jeremy Bentham as zombie killers better than The Walking Dead (spoiler alert: this post contains Season 2 plot points).

If we could crudely oversimplify Bentham’s utilitarian philosophy into the maxim “the greatest happiness of the greatest number is the measure of right and wrong" perhaps Bentham’s philosophy might be manifested as The Walking Dead's police officer Shane Walsh.  The hardened pragmatist of the band of survivors, he guides the group with his practical “all that matters is staying alive” philosophy.

Under this form of utilitarian logic an act cannot be judged as right or wrong unless one considers the outcome of that action.  Think here of the classic ethical problem presented to first year philosophy students of the ‘ax murderer at your door looking for your friend’.  A lie should be judged by its consequences.

In a season 2 episode Shane and a fellow survivor Otis are trying to desperately escape from an abandoned school with medical supplies for the rest of the group.  As the zombies close in on Otis and Shane during their desperate escape Shane incapacitates Otis, essentially sacrificing Otis as zombie bait, in order to secure Shane's own escape and to bring the medical supplies to the rest of the survivors.  It is a cold example of the brutal principle of “better that one man should die than that many should die”.

As Adam Smith's modern day apostle Russ Roberts loves to point out, the problem with this sort of decision making process is that it often has a self serving bias.  It is no coincidence that often an action is both deemed “right’ under a utilitarian calculation and that the one who makes the decision also happens to benefit from it.

On the other hand, if Immanuel Kant’s philosophy of morals could be manifested as a walking talking zombie killer, it would be in The Walking Dead’s deputy sheriff Rick Grimes.  Kant’s ethical philosophy, in contrast to utilitarianism, argues that actions are right and wrong in and of themselves, regardless of the circumstances surrounding them.  His categorical imperative is an absolute duty that compels us to choose the right action, no matter how inconvenient the outcome.  Rick is a man who does right for "right's sake".

When one of the young girls in the band of survivors gets separated and is lost in the woods, Rick leads the rest of the group in a search for her that lasts several days. When any reasonable person would call off the search Rick refuses because he doesn't believe that he should live in a world where people don't look for missing little girls.  It is always right to search for a helpless child, whether you live in suburban America in the early 21st century or whether you live in a post-apocalypse zombie wasteland. If you do not look after helpless children you lose what makes you human.

Rick’s refusal to call off the search ultimately endangers the lives of the rest of the group and leads to even more deaths.  Many die, so that one man can have a clear conscience. Or as Kant would put it, "Let justice be done, though the world perish".  That's a problem with Kant's idealistic philosophy: consistency in principle leads to some insane outcomes.  Kant tells us it is wrong to lie to an ax murderer who is beating down your door because it is always wrong to lie.

Both moral philosophies have sinister sides that play out in self serving utilitarian calculations that are rigged towards the powerful beneficiaries or in the actions of out of touch idealists, clinging to something that once made sense, but which now only hurts those around them.  As for me, if I found ever found myself surrounded by the walking dead, I might prefer having Immanuel Kant leading my band of survivors.