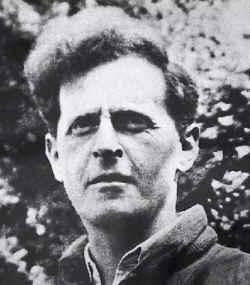 Mark, Wes, Dylan, and Philosophy Bro talk about "family resemblances" in concepts, including the concept "game" as used by Wittgenstein: is there really no theory that can capture all and only instances of games, e.g. do all games have rules? Also, what does Wittgenstein mean by characterizing philosophical problems as mistakes of grammar, and how might that apply to the mind/body problem? Finally, we get to the private language argument, where W. argues that we don't talk about our pains and things by pointing at and naming our inner states. Language is inevitably public, and our language about pains grows out of observable pain behaviors. Does this make Wittgenstein a behaviorist, and so hopelessly antiquated? Probably not.

Listen to Part 1. Read more about the topic and get the text.

End song: “Not a Woman,” by Mark Lint and the Fake from the album So Whaddaya Think? (2000). Download it free.