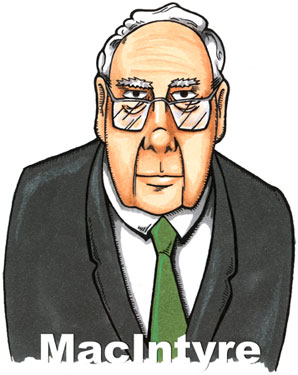 What justifies ethical claims? MacIntyre claims that no modern attempt to ground ethics has worked, and that's because we've abandoned Aristotle. We see facts and values as fundamentally different: the things science discovers vs. these weird things that have nothing to do with science. In Aristotle's teleological view, everything comes with built-in goals, so just as a plant will aim grow green and healthy, people have a definite kind of virtue towards which we do and should naturally strive. Though MacIntyre doesn't want to bring back Aristotle's biology, he does want to put the goal-directedness, i.e. the normativity, back into our conception of the facts of our lives.

His new take on virtue has two components: the excellence involved in any established practice, like physics, cooking, or playing guitar; and the need to live a coherent life story given your particular culture and commitments. You might have bought into the aim to be a great chess player, for instance, which requires not only intellectual virtue, but being social enough to keep the enterprise of chess in business (i.e. no murder when you lose). To get from great chess player to great person means integrating your various practices into one fulfilling life, and MacIntyre thinks that this effort is sufficient to give you objective moral standards, given your particular practices and, moreso, your cultural traditions. Unlike the existentialists, MacIntyre thinks that for an individual in a real situation, having moral standards is not a matter of some free choice or "leap," as if morality was nothing in itself that we humans are bound to. No, morality is real, and fully justified, for an individual embedded in his culture and commitments. Just like you can't, yourself, decide to win at chess by changing the rules, you can't "create values" as Nietzsche might recommend by denying or re-interpreting your duties as parent, neighbor, citizen, etc.

The regular four continue the discussion started in ep. 58, giving some of MacIntyre's dismissal of dozens of major figures in philosophy and trying our best to make sense of his proposals. Buy the book.