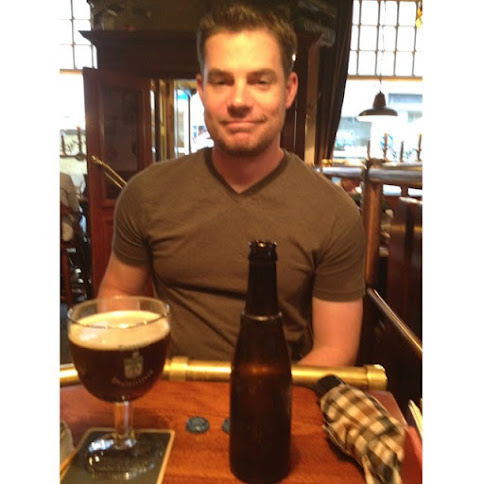 This Personal Philosophy was commissioned by a Ms. Jennifer Dorsey for her friend Michael S. for his birthday. Apparently, he likes Nietzsche and Belgian Beer. You can have one too if you're into that kind of thing.

A Personal Philosophy for Michael the Belgian Beer Connoisseur*
Did you know that according to Herodotus, the ancient Persians would vote twice on every resolution, drunk and sober? I think this is something that we should totally do, and I'm not just saying that because I'm buzzed right now.

However, there's drinking and there's drinking piss, and only people who know their beers should be able to vote at all. Am I right? If you don't know your ales from your lagers or have ever bought Bud Lite or any kind of shit like that, then fuck you, no vote! Voting drunk ("voting with style") is good, but it has to be high-class drunk, am I right? Belgian beer drunk. AM I RIGHT?

I'm sorry, were you standing here? Did I slosh you? No, you can wipe it up. It's my birthday for Chrissake!

I'm not just talking out of my, ass, man. Aristotle knew his shit: that straight up democracy is just going to lead to people all puking up Michelob Ultra Pomegranate Raspberry all over the streets.

Man is a tightrope between wasted by the limits of our own knowledge capacities and wasted by Brugse Straffe Hendrik, am I right? We must go OVER, man. Over to our future where we have transcended the herd instinct in the individual. Only those with the wherewithal to track down a La Chouffe or a Corsendonk Pater Noster should be able to approve tax hikes or elementary school lunch menus or who's going to be first up against the wall. I am not trusting that shit to some doofus with a case of Pabst, or Vermont Mountain Lakes Shade-Grown Double-Hopped Not Quite Pale Ale for that matter.

It's pretty much like Belgians are the master race, right? A squad of toasted Belgians once conquered all of France, I think, and had some piss left to sprinkle on the Netherlands. So that's the story. End of story. Ditto. Leave me alone. You tryin' to start something? Without art we would be nothing but foreground and live entirely in the spell of that perspective which makes what is closest at hand and most vulgar appear as if it were vast, and reality itself. AM I RIGHT?