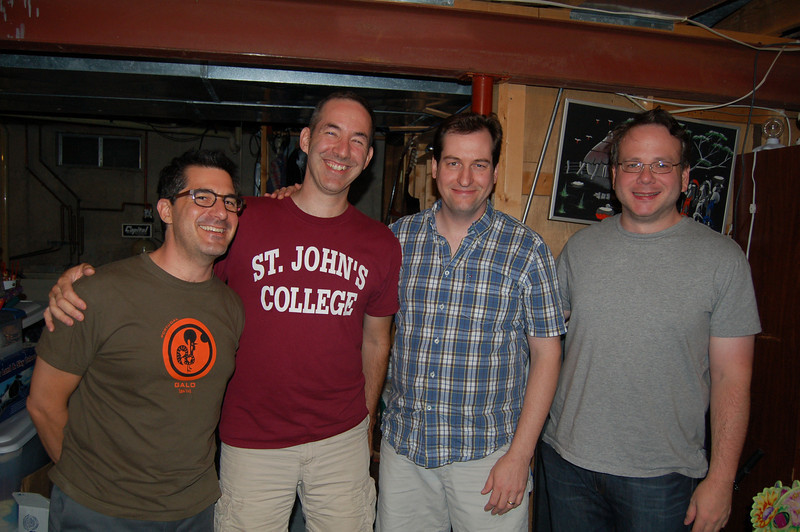 OK, folks, here are the photos my wife took during our Voltaire recording. The above is, from left to right, Seth, Dylan, Mark and Wes.

We were parked in my cluttered basement where I do my recording, with me on my usual setup: 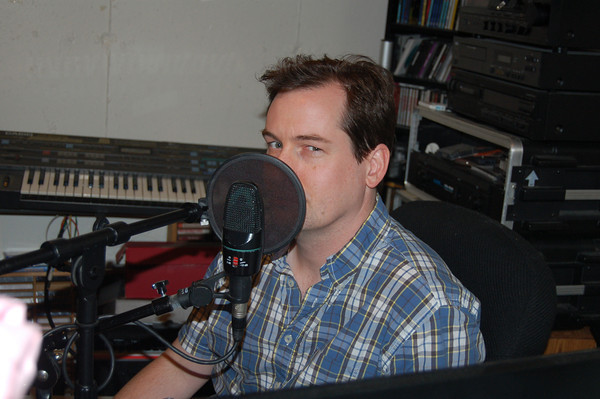 ...And the other guys lined up on a short table sitting to my right. 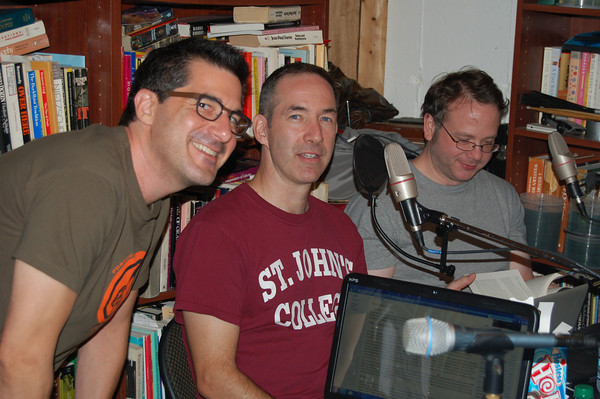 I had been looking forward to this episode from a technical standpoint, as at least I would have full control over all the mics, but it was actually more difficult to make sense of after the fact, because all of us (including me) exhibited really terrible mic technique, as you can tell by how far Dylan and Wes are here from the mics. This meant that, e.g. Dylan was nearly as loud as Wes on Wes's mic, which made it tricky to mix. Also, all the track volumes were very low, so I had to digitally turn them up. In the case of Wes's mic, which had a nasty ground hum on it (i.e. a buzzing noise) from about 5 to 30 min into the recording, I had to apply my noise reduction plugin enough that he sounded fully as bad for that part of the show as if he'd been at home during one of our earlier episodes using a low-quality headset mic. 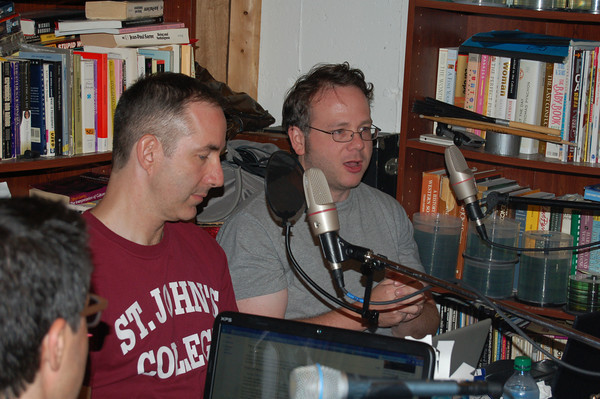 This was of course made up for by the spirit of the room. Here's the infamous "slap" noted in the audio, after which all the rest of these pictures were taken. 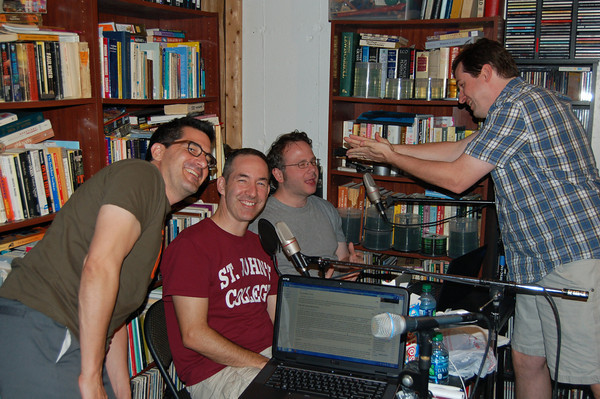 One bonus to us all being in the same room is that Seth was able to give us verbal cues that he wanted to talk, whereas normally he waits for silences that don't come. 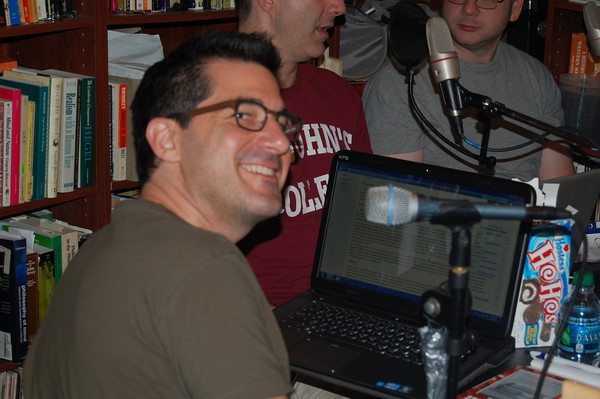 However, the thing went maybe shorter than we'd planned (we had maybe 2 hrs of footage before editing, whereas we normally have three or more) because earlier in the evening we opened a group bank account, which ended up taking hours, and then went to dinner, which also took a while. All this was on a day where Wes and Seth had been traveling, Dylan would be leaving to drive many hours to Michigan early the next day, and Wes and Mark were both in a long business meeting for our day jobs (which was the reason for him traveling to Madison in the first place, which sparked this whole effort), meaning we'd been connected and conversing more or less continuously for 8 hours or so prior to the recording. So, we started pretty late, and couldn't really go deep into the night, and were mostly on the tired side. Despite that, it was a heap of fun, and we'll surely do it again some time. 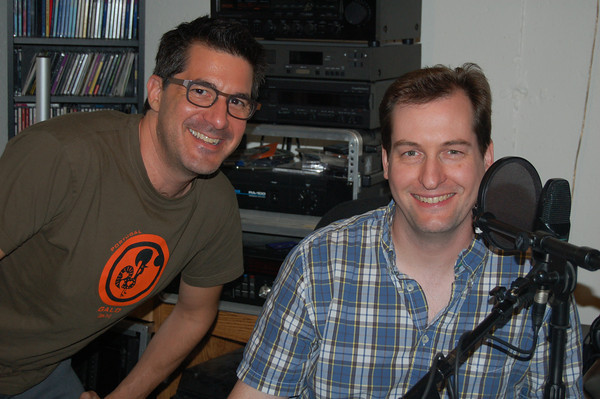