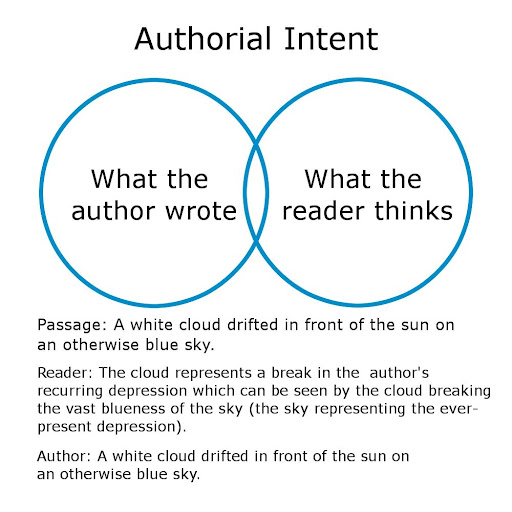 [Another post from Adam Arnold, FotP "Friend of the Podcast"]

Recently I read a short story entitled "My Brother's Foot". My interpretation of the story, like my interpretation of just about anything these days, was philosophical. I took the story to be a critique of the idea of an existential hero and a radical notion of self definition. How when we forget or push off our intersubjective world of meaning, the very notion of meaning eats itself up (the first sentence says: "On the last day my brother ate his foot.").  I took the story to be a critique of our modern nihilistic world in which the only thing we champion, the only thing we hold in regard, is those who "do something" with their lives. Where this to "do something" is not an objectively meaningful task but one that is nothing more than a subjective impulse with no other purpose then to fend off boredom.

How are we to judge if this is a correct interpretation? One possible method is to ask the writer.  Full disclosure, the author is my significant other so I did just that.  When I told her my interpretation she said that that was not her intention at all. She did not give, and generally does not give, thought to a possible philosophic meaning to her writing. This is not because she isn't a philosophic person or that she doesn't have interest in philosophy. She just got her masters degree in philosophy with a dissertation on Hegel.

Does this mean my interpretation is non-sense? Did I completely miss the point? Perhaps. However, many have argued that authorial intent does not matter or matters only a little.  I would like to make a different claim.  That the author comes back in at a different level. Not on the level of right or wrong interpretation (I am not sure such a thing makes sense) based on their intent but rather at a more general level of possible verstehen or understanding that could be reached with the author.

The author need not agree with an interpretation but rather if a mutual understanding is reached or could be reached:

the interpreter cannot believe that he has understood the text if he does not at the same time suppose that his interpretation fundamentally offers a basis for reaching an understanding with the author himself... A successful interpretation warrants the hope that the author could agree with us on a common understanding of the context of his utterance if he could bridge the temporal distance through a learning process complementary to our interpretive process" (Jürgen Habermas, "On Communicative Action")