In one of Woody Allen's films (Annie Hall?), one of the characters remarks that existentialism is a matter of projecting one's neuroses onto the world. Instead of me being depressed, I am in an ontological state of despair. Instead of being a person who is considering what to do with my evening, it is the world that is pulsing with possibility. What seems especially weird about this language is that if the feelings are objective, out there in the world in front of me, then this seems to imply that they are not under my control. It means that I'm acting like a helpless infant beset by these forces.

Though the objectifying language implies this, it's a misreading of existentialism, or rather a pop existentialism that hasn't delved into the real theoretical goods. According to Sartre, what we call ourselves really is objective, in that it's a social construction, not something trapped inside my head. Talking about possibilities and emotions as swirling around an infinitely small point that is consciousness is actually a pretty good phenomenological description of my experience, but a further account of experience reveals (for Sartre) that we have pretty much total control over the interpretations we give to things, e.g. over whether we see the landscape as laden with possibilities or as impossibly confining. Sartre would agree that the neurotic pop existentialist is being infantile and should just get it together.

To fandom: On our big sell-out episode, I referred to one of my motivations in looking into the topic as trying to grapple with the existential weirdness of being a fan. I'm still trying to unpack why I feel the need to use the word "existential" in that context.

For Kant (Kant being the many who ultimately set the epistemic ground for existentialism), I imagine that celebrity would be morally dodgy. If Payne is right that we use celebrities for social purposes, and/or I'm right that we don't think of media celebrities as actual people, but as something going on to which we are passive observers, then we're using them, not treating them as ends in themselves. True, they put themselves up for it, but by the other formulation of Kant's categorical imperative, the thirst for fame is not universalizable, i.e. we can't all be famous by definition (we'd all be equally unfamous then). So we shouldn't be encouraging this vice of the fame-seeking: maybe some types of celebrity would be OK for Kant (politicians, artists), but not others (just about any really big-time media celebrity). While Kant is not the greatest about describing first-person experience, clearly on this view, I, beholding a someone I legitimately feel to be a celebrity, am exhibiting problems in my own integrity. The whole, upright man would not be shaken by such false gods.

Sartre, like Camus and the other existentialists, is all about bravely confronting hard truths. This is about as close to talking about "virtue" as some of them get. I as a midwestern, low-profile kind of guy have always felt deep in my gut like the world of TV and records and all that was fundamentally unreal. "Watching" has become for my passive TV generation (growing up in the 70s and 80s) most often about recorded media, not live concerts or shows. TV or the radio doesn't mind if you ignore it. This bleeds over into how we by default deal with, say, college professors, or people leading business meetings. We are not used to having to be attentive, to have a speaker care that we're listening.

Clashing with this fundamentally false and socially damaging notion is gossip. By knowing what was going on behind the scenes for an actor or musician, we are gleefully reminded of their actual humanity. But since it's all second or third hand stories, these objects of our gossip are different than, say, neighbors or co-workers we might gossip about. Celebrities become more like playthings, still not people. Just like if we see a really crazy-looking sculpture in a museum or animal in a zoo, we might really want to touch it, we have the urge to stick are fingers on these people that we really still can't believe are fully real.

Sartre's concern in all this would be what this says about me, the person who feels this way. By treating celebrities like toys, I exert imagined power over them. By denying their reality I deny my own basic humanity, as a person among other, ontologically equal persons, meaning that the celebrity's social status, or wealth, or fame is all irrelevant to the moral facts relationship between us. Being star-struck is existential because it makes a claim (a wrong claim) about my position as a human being in the world. 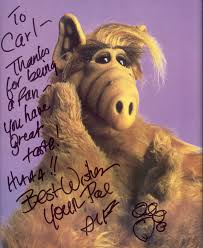 You might still want to say that existentialism is a pretentious way of talking about things better covered by psychology. But growing out of phenomenology, existentialism is about first-person descriptions, and it's not advisable if you want to get these right to just switch over to some established clinical vocabulary, which necessarily abstracts away from any given person's experience to some norm like "narcissistic paranoia" (if you can tolerate my calling an established pattern of abnormality a "norm"). So long as our phenomenological descriptions don't ossify into some pseudo-scientific jargon, and remain something more like the expressions of poetry or literature, where we're (of course) drawing on linguistic norms but trying to patch them together to make them express this individual (and thus really inexpressible?) experience.