We're now into March, with the shortest month behind us and in general a lot of continuing momentum in our online discussion groups. However, there are still some golden opportunities for new people to join up right now to add some philosophy reading to their lives:

1. The Intro Readings in Philosophy group has started on a March odyssey, reading Plato's Apology, Euthyphro, and Crito. In January I put out a call for a "TA" to run this group, with the idea that, unlike the other groups, this one might benefit from someone who had some teaching experience overseeing things just to make sure everyone felt comfortable. Well, I got multiple responses (and welcome more, if you're interested), and Hillary Szydlowski did a great job with it in February. For March, Eric Hetherington has stepped up' he's a University Lecturer in Philosophy at the New Jersey Institute of Technology and told me: "My current teaching load involves courses populated only by seniors and I don't get to see the excitement and frustration that comes when people first encounter philosophy. I'd be more than happy to help with an intro group--especially a group that had very little experience with philosophy." So pretty much you're getting some volunteer, non-intrusive (no tests, no grades) professional instruction, practice writing and speaking philosophically, plus of course you get to support your favorite podcast :), all for a mere $5 for this month.

. We've had a lot of interest among our readership for French philosopher Giles Deleuze. Michel Foucault once joked that declare that "one day, perhaps, this century will be called Deleuzian," and we'll be doing an episode on him within the next few months. You can also hear a bit about him in our recent Not School digest quasisode. Well, this new group should be the best for intro readers of any of the three (!) Deleuze groups that have been active over the last months, because Difference and Repetition is older (1968) and more foundational for him than his later, more popular collaborations with Lacanian psychoanalyst Felix Guattari. Plus, the group is only reading the Prefaces and Introduction this month (27 pages), so this is a great way to ease into this new-to-me, difficult-but-not-maddeningly-so figure. Trippy! 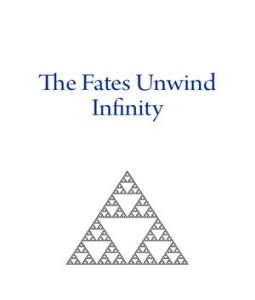 3. Adam Mossbottom (not his real name) has written a book of cosmology (I guess) in the vein of Wittgenstein and Spinoza and has joined Not School to lead PEL listeners through reading and discussing some of it. You can read the book for free, and Adam is providing summaries of the chapters (the group is reading 2-4). So you can get in on the ground floor and interact directly with the author. How cool is that?

. Who's more fun to read than William James? Nobody. And this later work of his is most awesome and crazy, giving Deleuze and Merleau-Ponty and those guys a run for their money in terms of coming up with a viable post-Kantian epistemology. The group is reading the first four essays.

5. Have too much actual philosophy reading in your life already? Or maybe you need something a bit less taxing? Try some brainy literature and discuss it with smart, philosophically astute folks! The philosophy and literature group (featured on both of our previous Not School digest quasisodes) is reading Thomas Pynchon's The Crying of Lot 49

this month, with a Skype discussion to happen March 31. The book is short, trippy, fun, and critically acclaimed.

6. The philosophy of mind group will be reading neuroscientist Antonio Damasio's Self Comes to Mind: Constructing the Conscious Brain

These are just the groups that I thought would be especially good for new people to jump into at this point. Several other groups are continuing work they started in February, and you may well be able to jump in at this point and catch up nicely, but you'll want to go look at the group's activity to see. These include:

7. A group watching Rick Roderick's "Self Under Siege" Videos on various continental figures. This week's figure under study appears to be Herbert Marcuse.

8. The ongoing ethics group is continuing its examination of Susan Nieman's survey of ethical theory, Evil in Modern Thought: An Alternative History of Philosophy

9. The aesthetics group is continuing to read George Santayana's The Sense Of Beauty

(which will be covered by a PEL episode in a few months).

10. Seth is still leading a group to read Heidegger's famous late (1949) essay "Letter on Humanism" (also likely to be a PEL episode).

11. The Merleau-Ponty group is continuing to slog through Phenomenology of Perception

12. The Derrida group is likewise continuing with Writing and Difference

, which a couple of the guys recently recorded a discussion of that we'll have posted shortly.

13. Another group has entered on its second month of reading Marx's Das Kapital - Capital: Critique of Political Economy (Volume 1)

14. Another Deleuze group, on the book What Is Philosophy?

(which will be covered on PEL in April), will be reading one more chapter.

A couple of other groups (on physics and yet another Deleuze group) look to have slipped off the radar for March but will likely return in the future.

Damn, that's a lot of activity! Go join, why don't you, or if you're already a member but aren't participating in a group this month, go pick something! Remember, I'm giving a couple of free memberships every month for low-income listeners (no, you don't need to prove your income or anything like that; I know students and struggling family folks and many others would feel the burn of even a measly $5/month), so contact us if you want to earn your participation in sweat (i.e. improving the experience of other members by being a good, active participant on the Not School forums and participating in online discussions) rather than cash. Happy NotSchooling! (Bonus points for anyone who can give me a better exhortation than that one. Yuck.)