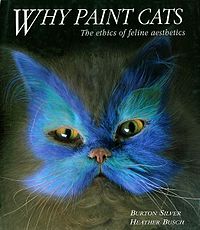 We've had requests in the past for a general discussion of what philosophy is, without focusing on any particular text, and I've always swatted these aside, as I was afraid that the conversation would be too unmoored, too bullshitty. Well, last Sunday, 3/3/13, we recorded just such an episode, by accident as it were.

See, we're trying to write a book, and trying to figure out how to have some of the PEL-style interaction get into that book instead of it just being some essays by us individually. So we took a stab at having a short conversation that we could then transcribe and edit into a dialogue chapter.

Two hours later, we had a full, regular-quality episode, and while some of what was said will be familiar to long-time listeners, we still managed to surprise each other, and probably engage with each other (as opposed to monologuing) a bit more than on a regular episode.

The question "why do philosophy?" of course morphed in part to "why did we in particular get started doing philosophy?" Our touchstone in preparing this was to keep in mind our previous discussions of Plato's Apology and Gorgias, so there's a little bit of Plato talk in there, but for the most part is just our own opinions about what makes philosophy valuable and how it differs from science on the one side and religion on the other. (And even how it's like art!)