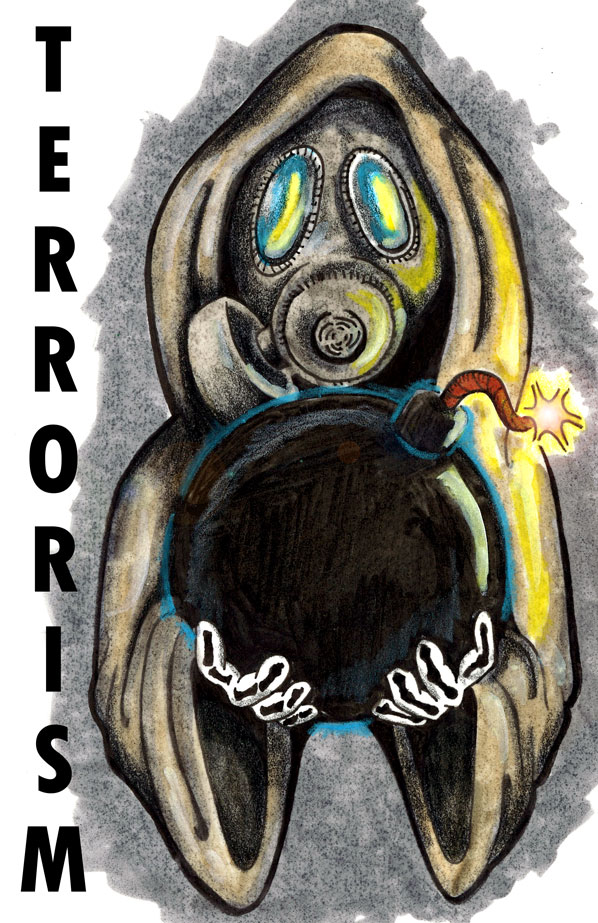 We're joined by an international terrorism expert to discuss how to define terrorism and whether it can ever be ethical.

Jon advises the U.S. government and has written textbooks on terrorism. He puts al-Qaeda in historical perspective, helps work through definitions from Black's "pure terrorism" (which has an "upwards" social geometry requiring both geographic access and cultural difference) to Corlett's attempt to construct a definition that doesn't automatically rig the moral question. Primoratz helps us ask whether harming innocents (e.g. in a war where you're threatened with extinction) is ever justified, and Heinzen and Singh preach violence against violence, where the state itself, being founded on violence, can't be effectively fought through "soul force" alone. We also discuss how the philosophical questions relate to the practical ones: do we even need a definition, or is a practical scheme of classification sufficient for all practical purposes? Plus, a bit on gun control and the state's monopoly on force. Read more about the topic and get the readings.