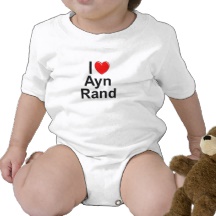 We put up the Rand episode early and without ads on the Free Stuff for Citizens page. Not sure if we'll make a habit of this. Maybe.

Just to remind you, you'd also be buying access to Part 2 of our Gorgias reading, bonus quasi-episodes like Seth's discussion of Heidegger's "Letter on Humanism," a discussion I had with folks on Deleuze, one Dylan led on emergence, one Wes led on Thomas Nagel and one I led on David Chalmers, my Close Reading on the first part of Sartre's Being & Nothingness, some audio readings of works covered in podcasts, and several other things.

Not to mention that July is upon us, with some new Not School groups you might want to join, like one reading Contemporary Debates in Philosophy of Science

by Christopher Hancock, another reading Meaning Of Meaning

by C.K. Ogden, and a philosophy of technology group still deciding between Guy Dubord's Society of the Spectacle

and Lyotard's The Inhuman: Reflections on Time

. Or perhaps you'd like to pitch your own group to read Rand or Rousseau or Bakhtin or Euripides or old issues of the X-Men or whatever. Hmmmm?