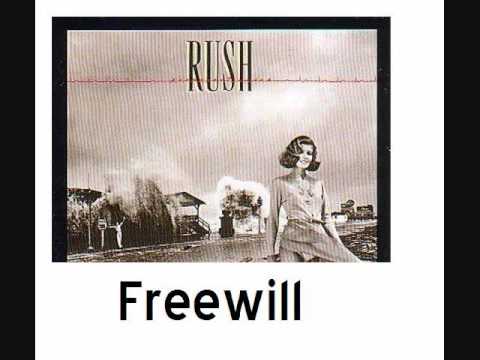 A point neglected in the moral discussion in our recent episode is free will. She-who-will-not-be-named (read her view here) on the one hand insists on the supremacy of empirical science but on the other hand insists that our freedom and hence moral responsibility is obvious and inescapable. So that should make her a compatibilist, but as usual, she doesn't really know what that means and that there's any real philosophical problem that such a term would need to address.

So why not forget about her and get a fresh approach informed by current debates among philosophers and scientists? The first two episodes of a newish podcast called Very Bad Wizards do just that. The podcast features a professional philosopher and a psychologist, both of which seem tied to experimental philosophy. So they spend some time talking about the results of experiments designed to gauge regular folks' intuitions (as well as differing intuitions as evidenced in different cultural practices) about when and how much to assign moral responsibility for actions and whether a belief in determinism in fact undermines moral behavior. However, they're appropriately skeptical about the methodology of such studies, and the underlying moral theory they exhibit--that intuitions are all there is behind any aspect of morality--is explored explicitly in subsequent episodes.

I found the discussions and personalities highly enjoyable; both of these guys would make fine PEL guests. Most valuable to the moral issues at hand and whether Volderand was right in being so fearful of people thinking deterministically is their take in the first part of the discussion about what determinism really is and the degree to which this concept properly understood should undermine praise and blame, and hence moral behavior. They stress that recent neurological findings about the mechanisms of decision-making tell us nothing new in this respect: we've known for centuries that thoughts are instantiated in brains, i.e. physical systems, and so are caused. Substance dualism hasn't been a serious contender among philosophers, much less scientists, for a long time.

What does have the possibility of convincing us that freedom is illusory (says the podcast) is experiments in the social sciences that show how readily manipulable people are, even though they think they're making free and reasoned choices. However, none of the examples actually discussed seemed like good contenders to me for causing this kind of difficulty. Instead, they refer a lot to hypothetical and anecdotal intuition pumps, largely to support the claim that whatever we may claim as a point of theory, we in fact do make distinctions about which actions do and don't incur our praise and blame, and that our intuitions about this are complicated and not altogether consistent.

I think this to be a sensible approach, though of course I have some different opinions about the specifics discussed. For instance, Tamler (the philosopher) brings up the ancient Greek complete disregard for whether someone's actions were caused by the gods or not in deciding whether to blame them. I think such an approach to be closer to the optimal than most people would admit: we value or resent people as much for their unchosen characters as for their conscious choices, and though a different type or reprimand is certainly in order if, for example, your kid does doesn't intentionally hurtful vs. merely neglectful (yet still harmful to the same degree), this distinction is not the primary one on which ethics should rest (contra Kant, who denies moral approbation to anything besides a good will).

So, always glad to discover a new podcast by smart people talking about interesting things. However, their pronouncement at the beginning that this serves a unique niche by being casual where other philosophy podcasts are supposed to teach is pretty inapt. Not only do most podcasts fall into this "casual" category, but these guys have a planned enough presentation that it is of course plenty educational. Were they to simply add at the beginning a list of the resources that they evidently both reviewed before undertaking the discussion (in this case, P.F. Strawson's "Freedom and Resentment" plus some documents about the aforementioned experiments), then the presentation would be no less overtly "educational" than PEL's.