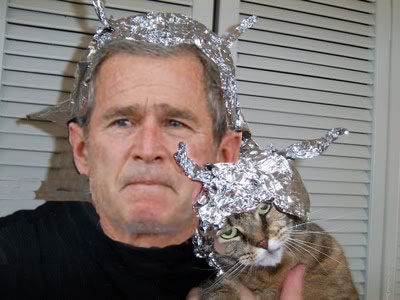 As mentioned on the episode, covering Rand had a purpose for me not only in investigating a realm of the philosophical universe but in dispelling conceptual personae that have haunted me since college.

There's always in philosophy the issue of motivation: why bother to make some particular point at all? If philosophy were all about discovery, then we we'd all just read it and think about it but would only bother to communicate it insofar as doing so would be useful for helping us to get clear about what we've discovered. That's a real and legitimate motivation--philosophy should be social in this way--but isn't enough to explain the vehemence of a lot of philosophical rhetoric. No, we feel the need to make some point time and again with accompanying fist-pounding because we feel that the culture (or some segment of it worth being concerned about) is getting it wrong! And given how non-philosophical the general populace is at any given historical time and place, there's always plenty to rail against, as Rand aptly demonstrated. Even if she wasn't really up on what real philosophers were doing, she was reacting, as are most of us, to real people she'd met or read editorials by or seen on TV.

The many moments of disgust we accumulate when an objectionable politician or preacher speaks, or we overhear an ignorant conversation, or read something stupid someone says on an Internet forum, coalesce over time into a noxious cloud that follows us around, irritating us into fits when a conversation we're involved in veers in a certain direction, or a new example of the offending source material presents itself, or when we're just plain in a bad mood and looking to let off some steam. Such has been my experience as an American since I started maybe 15 years ago actually following politics, and it explains why anti-conservative barbs are so ready-to-hand to me during the podcast. Though I of course also find liberal idiocies like overly protective school policies and Portlandia eco-nonsense amusing as well, I regard these as generally benign and often with legitimate principles behind them (even if foolishly realized), so my knee does not then jerk against them.

Because of my early experience with Rand and the pretension of current conservative politicians who claim to follow her, Rand has served as a touchstone for my scorn over these many episodes, sometimes in deserved contexts (as in our discussion of Wittgenstein's arguments that I think clearly refute her naive, Aristotelian position on definitions and constitute one of the only bona fide advances in philosophy in its history) and sometimes not (as when I believe I characterized her as buying into a Hobbesian view that everyone is selfish... I tried to clear this up in a recent blog post). Going through this exercise of re-reading her and engaging with the current world of self-proclaimed Objectivists (which I've decided only to refer as "Randians" in the future, as they don't have the monopoly or even the best formulation of a correspondence theory of truth... I need to look into this further, but Popper and Comte both seem to give better pictures of this view) has given me some insight that should prevent me from bringing her up in the future:

In short, her philosophy as she states it is idiosyncratic and most likely actually incoherent (though one can and many have subjected her to apologetics worthy of the Bible, so I trust that there are coherent ways of stating views resembling hers). It does not well serve like idealism or libertarianism or the Christian recourse to faith or any number of other positions as something stable to contrast your view with. The fact that her philosophy has too much in common with too many reasonable views (coupled with her insistence that her position is virtually unique in the history of philosophy) makes it unworkable to simply refer to her in contradistinction to any other position... one would have to go into a textual analysis as we did a bit on the episode to point out the points of comparison and contrast, and really, that's not worth anyone's time.

Also, she's widely misunderstood (if one can even talk of understanding or misunderstanding such a cypher), and so caricatured that referring to her in passing is likely not going to illuminate any subject at hand, unless you're specifically talking about the position of ethical egoism (which I think we got wrapped up enough in the textual analysis during the episode that I don't feel like we actually evaluated).

So, no more bringing up Ayn Rand as a foil, even if something jumps out of a text I'm reading as usefully contrasting with her. Doing so just contributes to her over-rated stature, which is really the issue here. As Dylan pointed out, her writing has much in common with many a bright student who's worth engaging in conversation, if not actually suffering to read. If she weren't shoved down our throats like so many irritating celebrities, we'd have no issue with her and hence no episode on her. I often think about the demonization that goes on in politics: I would have no problem with someone like G.W. Bush or Dick Cheney being a member of my community, or a friend of my dad's. I would in no way see a point of criticizing or even judging his intelligence or intentions or sensibility in such a case; it's only that I can't (or couldn't as of the last administration) avoid these guys in the media that makes them targets. (Of course, they, unlike Rand, had actual power over life and death, but I hope the comparison comes through nonetheless.)

Since I don't have it in me to write another post on this subject, this seems as good a place as any to refer readers to this apparently widely circulated essay by Michael Heumer, "Why I Am Not an Objectivist," which serves as both a great refresher (or clear introduction, as may be the case for you) on a lot of foundational concepts and issues that Rand tries to address such as:
-The problem of universals (Rand claims to not admit these to her ontology; Huemer claims that she actually does, and rightly so)

-The difference between a priori/analytic and a posteriori/synthetic (i.e. truths of reason vs. truths of experience, which we discussed on our Quine episode)

-The problem of determinism and free will (Rand claims to both believe in universal causality and free will; Huemer thinks this doesn't work)

Huemer also spends a lot of time on how one might argue for ethical egoism and how Rand fails to do so, so this might serve as a good supplement to our discussion on the episode in that respect. Those with Randian leanings should in particular read his section defending the use of hypothetical examples, which philosophers use all the time but which Rand dismissed as mere reality-avoiding fantasy. There's really nothing wrong with thinking about what Seth calls "limit cases" to get at what we mean by concepts, particularly if you have an Aristotelian view of concepts whereby each of them should give you a set of necessary and sufficient conditions for deciding for each new case (including weird, imagined ones) whether or not it should count as justice or knowledge or virtue or whatever you're pondering.