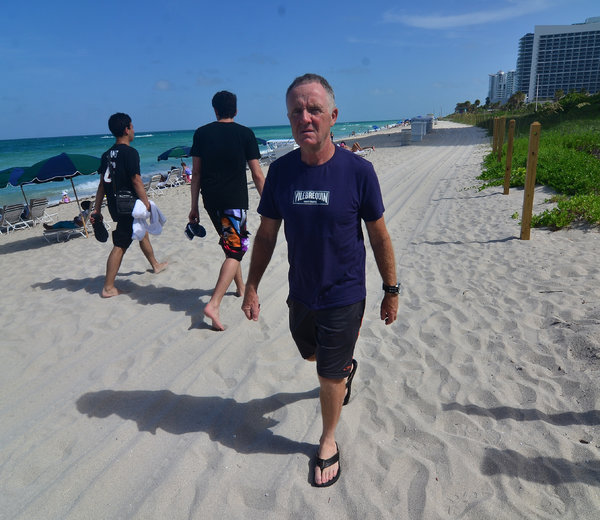 Editor's Note: Thanks for this submission from listener and long-time supporter Laura Davis, covering a story that we likely wouldn't have gotten around to writing about here ourselves.

I expect most have you have seen this article or some other about the renown philosopher Colin McGinn and his recent resignation from the University of Miami. The story has been covered and discussed extensively as it has unfolded by Leiter Reports.

But I wanted to post something about it as it highlights not only my concern about women in the academic world of philosophy but about women--everywhere.

Funny, yes, but because its true. Painfully true.

When I read about Colin McGinn sexually harassing a graduate student seriously enough he had to resign, my heart sank. Currently, two candidates for high city offices in New York City (Anthony Weiner and Eliot Spitzer) are famous--more famous--for their sexual harassments/acts/exploits against women, than their political accomplishments. In addition there is Dominique Strauss-Kahn, the former IMF president who is being charged with pimping a year after he was charged with raping a hotel maid and the mayor of San Diego who is currently in the news after 10 women have bought claims of sexual harassment against him.

Then last week I came across this article about Colin McGinn and his resignation from the University of Miami--not because he refused to follow orders from his superiors based on some academic principle, not because he refused to teach a specific text because it contradicted his own philosophical position...no...but for sexually harassing a female graduate student.

My heart sank again. One would think, or I would, that those who pursue an "examined life" would be more...how shall I say...thoughtful?

But no.  Then I read his explanation:

I guess he felt he failed in properly teaching those distinctions.

My heart sinks further. Yes it is clarified in the article that this situation with Mr. McGinn, "many philosophers say...are the edge of a much bigger problem, one that women have long been unwilling to discuss publicly, lest it harm their careers."

Or, one that reflects a big, current and historical problem that women have and do face,....everywhere. Recognizing the reality and honoring the suffering incurred in the sexual abuse against women in war, Syria for instance; the horrific group raping going on in India; the history of abuse in African countries which practice female genitalia mutilation…and more, I have recently become profoundly confused and alarmed within my culture--by the endless...just seemingly endless reports of sexual harassment and abuse by men in positions charged with helping others--governments, global initiatives, people--by men, in power.

Now this is not a Hate Men post. I'm actually a big fan of men. Rather this is just a plea for some clarification, some cleansing rain water of words which would help me understand not only why this keeps happening, but why it happened in the first place.

See, I believe those of us who live the examined or even partially examined life should be held to a higher standard. I'm a lawyer and am held, under that mantle, to a higher standard. As are doctors, teachers...uh, politicians. But, it seems to me that the standard is even higher for philosophers for the mere fact that their business is to reflect, to think before they act.

I wonder if my heart will ever lift again.