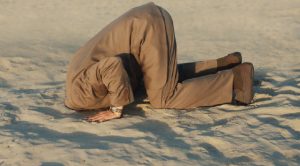 I'm in the midst of reading Karl Popper in preparation for our next recording and have been thinking about the distinction between the fruits of scientific exploration, the theories and accounts of the world, and the underlying disposition of scientific argument, especially as it applies to the way we, as a community, discuss and expect to resolve disputes, what we consider as evidence, and what we expect both proponents and nay-sayers to bring to the table when making their claims.

Adam Frank has a nice Op-Ed piece in the NYTimes this week regarding this very issue. Frank cites the rise of creationism from a minor undercurrent of American culture to a well-funded ideological effort to shape the curriculum in our schools, the continuing cult of climate deniers who extend across our government, and resurgent anti-vaccine campaigners as indicative of the lamentable erosion of the importance of science and the traditions of science in our public discourse.

In 1982, polls showed that 44 percent of Americans believed God had created human beings in their present form. Thirty years later, the fraction of the population who are creationists is 46 percent. In 1989, when “climate change” had just entered the public lexicon, 63 percent of Americans understood it was a problem. Almost 25 years later, that proportion is actually a bit lower, at 58 percent.

What I particularly like about Frank's article is that he doesn't cite the truth-value of scientific discourse, but the embedded traditions regarding the use of evidence and argument making our public policy decisions. At the center of this is how we use empirical evidence and evaluate claims based upon it. Very few scientists (some thanks goes to Popper here) will say that the facts merely speak for themselves. The evidence must be evaluated and interpreted and an important part of science is the structures, processes, and habits associated with evaluating that evidence. I think much of the hullaballoo over scientific truth and whether it's "true" or not skirts this point on a regular basis. The fact is that scientific truth is regularly revised, reshaped, and recalculated. New processes are discovered and new ways of thinking are leveraged to understand the new evidence while trying to embrace the old. What sticks are rough sets of counts as good evidence and a distinction between the best we can say and what is unlikely speculation.

The history of science is full of various outliers, those who hold fervently to their best intuitive understandings regardless of the level of evidence one way or another. Einstein denied that quantum mechanics could be a satisfactory, complete, and true understanding of the world not because of some basic thought that science always progresses, but because of the disposition he had regarding how good scientific theories work. As an undergrad, I listened to the physicist Ed Witten of the Institute for Advanced Study at Princeton explain how no theory of the universe had been as beautiful as string theory and not been true, all in the face of the (continuing) fact that there isn't a shred of solid empirical evidence that string theory is true. (You can call up Brian Greene here as well to talk about multi-multi universes here.) However, Einstein and Witten (and Greene) and many, many others make their arguments the best they can and understand the spectrum of distinctions between better conclusions and thoughtful speculation.

On the other hand, cases like creationism, climate-deniers, and anti-vaccine nay-sayers are problematic, not because they disagree with some scientific dogma, but rather because they pervert the scientific discourse away from best judgements to merely serving their agendas. Indeed, in all those cases, the representatives make their arguments on putatively scientific grounds, either by holding onto long-ago refuted, poorly designed scientific claims or by willfully mis-representing empirical evidence under the guise of the "objectivity" of science. The problem is that despite the appearance of participating in a scientific discussion that involves the joint evaluation of all the best evidence to come to the best conclusion (which may be inconclusive) regarding a given problem or question, this category of deniers uses scientific claims as just one more tool in the arsenal of persuasion. In that way, it's an old story. If we lived in a different time, such people would be citing the clear power of witches to take over young girls or the inferiority of equatorial races as justification for their subjugation. Such arguments leverage the language of the times without regard for best assessments or best conclusions. In that way, their participation in the discussion is fundamentally dishonest, and this is the part that strikes at the heart of the best traditions in scientific work. Dishonest and insincere presentation and evaluation of evidence makes scientific discourse impossible. This is why fudging the numbers, fabricating data, and other forms of "academic dishonesty" are more than academic, but strike the very foundations of science. Without those features, it can't be done.

Frank ends his article with a kind of call to arms, one that I think is actually consistent with the attitude of thoughtful engagement we have here on PEL:

Behind the giant particle accelerators and space observatories, science is a way of behaving in the world. It is, simply put, a tradition. And as we know from history’s darkest moments, even the most enlightened traditions can be broken and lost. Perhaps that is the most important lesson all lifelong students of science must learn now.

You don't need to be a scientist to be onboard with that.