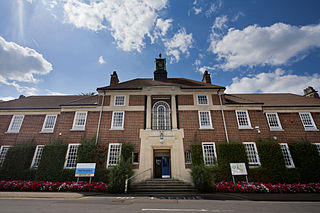 This is another tune from my semi-abandoned album The Sinking and the Aftermath, by the nonexistent band Mark Lint and the Simulacra from 2000. (Several other tracks have appeared on episodes.) This one sat nearly done and farking awesome for 13 years until our Jung episode made me finish it by adding some the bass, as well as some organ (well, organ sound from Steinberg via MIDI) and backing vocals.

The song is doubtless a cross between Pink Floyd and a coked-up John Denver and displays the fascination with insanity common among 19-year-olds that I only let out at this later date due to the ethic of the album project, which was not to be afraid of confessional cliches, to write songs quickly and directly without over-thinking them. I have played this live a couple of times with different bands, but given that it's just me playing for the first 5/6 of the song, it's not one I've made central or longstanding for any live unit.

At this point I'm also self-conscious about the sort of drooling caricature that I'm putting out there with this song, which represents one of the logical, maximal conclusions of the bang-on-my-classical-guitar-in-a-way-it-was-not-manufactured-to-take technique while belting to the limit of my rather deflated voice, but hey, that was (and I suppose sometimes still is) my shtick, and if it's a bit embarrassing, it is so in a comparable way to my manner can on the podcasts: All sincerity is underlyingly ironic, all irony is somewhat self-loathing, yet self-loathing is never really sincere. If insanity is just a pathological exaggeration of natural patterns of thought, as both Jung and this song claim, then certainly the patterns that necessitate the claim that one's life is partially examined (meaning that the obsessive-compulsive self-examination has a right to stop even if it in fact will not) count as neurotic at least. Insanity itself, with its gift of moral inculpability bestowed by the curse of the removal of mental freedom, appears at least as a horizon along the edges of the normal. Not foreign, not eternally elsewhere, but still out of reach of adolescent drama.