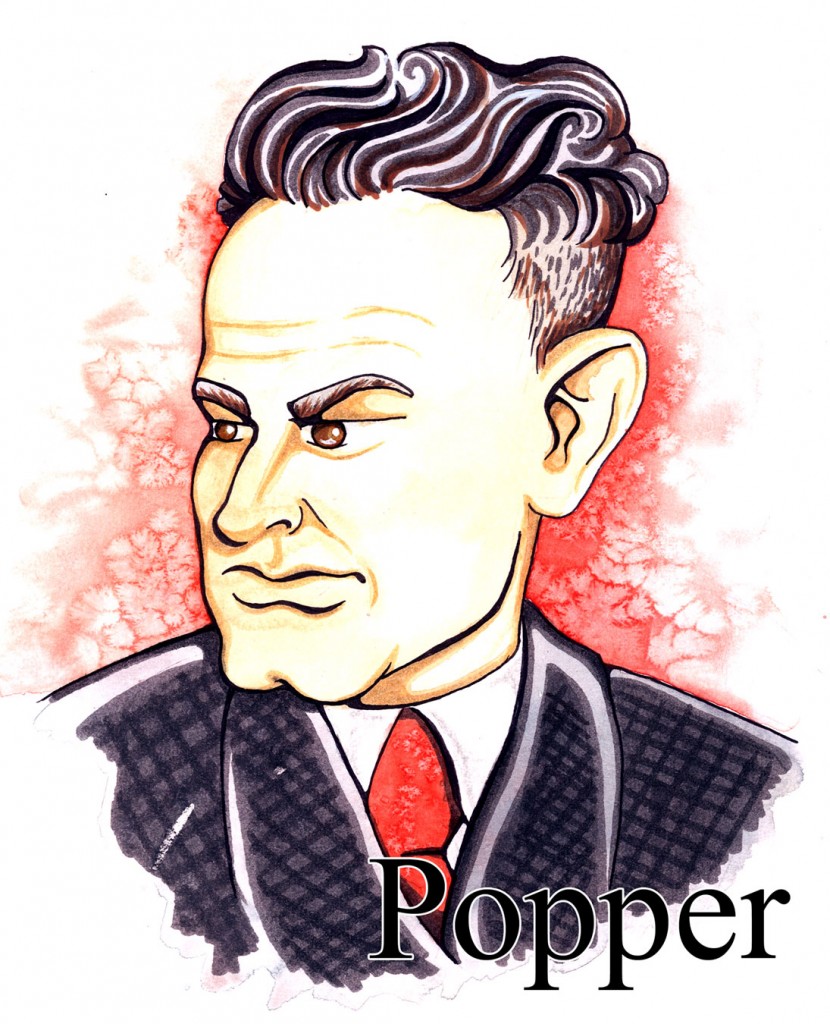 On Conjectures and Refutations (1963), the first three essays.

What is science, and how is it different than pseudo-science? From philosophy? Is philosophy just pseudo-science, or proto-science, or what? Popper thinks that all legitimate inquiry is about solving real problems, and scientific theories are those that are potentially falsifiable: they make definitely predictions about the world that, if these fail to be true, would show that the theory is false.

With this idea, Popper thinks he's achieved a real respect for objectivity and beaten the epistemologists of the past, both empiricists (who think the ultimate source of knowledge is experience) and rationalists (who think that it's reason). For Popper, there is no such infallible source. We approach nature with expectations: we leap to a theory with little if any warrant (the "conjectures") and then we modify it when it fails us ("refutations"). Modify, not reject: really, the most powerful force in knowledge is tradition, so long as that tradition is open to critique.

Read more about the topic and get the text. Listen to Dylan's summary of the essays.