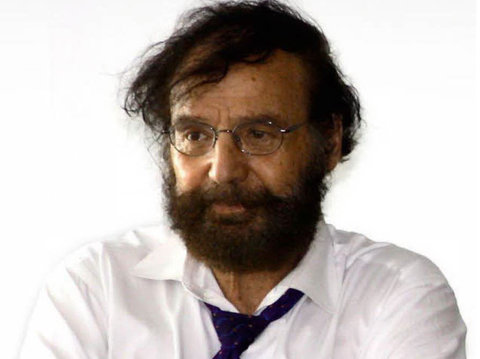 Frithjof is a world-renowned ex-Hegel/Nietzsche scholar who has worked since the early 80s on projects to realize the goal of "New Work," which is an alternative to the current, dysfunctional job system. New Work enables people to do work (which is not the same as a "job") that they really, really want. Human nature is not such that we are born free and need restraining by a social contract; rather, we need institutions to help us develop a self, to figure out what we really want and become free by doing things that we deeply identify with. New Work Enterprises promotes technology like fabricators and cutting-edge farming to support community self-sufficiency in places like Detroit that the job system has left behind. Read more about New Work at newwork.global.

Be sure to listen to Mark's overview of the topic. Listen to a follow-up Q&A between Mark and Frithjof. Watch more interviews on the New Work YouTube channel Mark manages. Listen to Mark's introduction. Buy the book

End song: "We Who Have Escaped," a brand new recording by the new lineup of Mark's band New People. Get the mp3, along with all three of their albums, a Not School discussion of this Bergmann book, and much more by becoming a PEL Citizen, or just support our efforts through a donation.