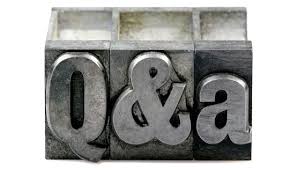 I've tentatively scheduled a recorded Q&A session with just myself and Frithjof for next Wednesday, 8/23. We'd like to get YOUR questions (and challenges, and responses) that arose out of our interview with him in in PEL ep. 83.

You can write them as comments to this post, or e-mail me directly.

Details will the forthcoming re. how you will be able to listen (or maybe even watch) the resulting session.