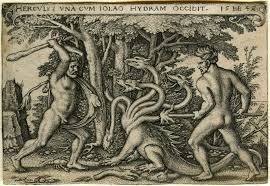 [Editor's Note: Thanks to Randall Miron for this post. Randall's a long-time audio editor of ours and has been helping edit blog posts here recently as well.]

In his short book Nietzsche

, subtitled “Nietzsche’s Voices,” Ronald Hayman argues that, “Like Kierkegaard, who made copious use of pseudonyms and personae, Nietzsche was exploring his ambivalence.” This theme is touched on at several points in PEL episode 84, where the guys make a convincing case that Nietzsche was by no means unequivocal in expressing his suspicions about truth. Hayman makes the case by telling us that, and citing how Nietzsche “talks to us in a variety of voices.” (Unfortunately, Hayman argues, Nietzsche was overcome by madness when he lost control of the voices through which he allowed his shifting, sometimes contradictory, perspectives expression.)

Hayman decries the fact that few commentators (Derrida and Henry Staten being notable exceptions) have helped us come to terms with this fact. To address this lacuna is his goal. He wonders, along with Staten, whose book Nietzsche's Voice

Hayman greatly admires, “why it’s so hard to say who is speaking when “Nietzsche” speaks; who is 'I' or 'we' and who are 'they' in the text.” This difficulty perhaps mirrors Nietzsche’s own difficulty in finding the right style in which to express ambivalence without appearing to be simply plagued by doubt, for Nietzsche was no ordinary philosophical sceptic. Hayman puts it thus: “The cultivation of different voices and styles was central to his development as a writer and thinker.” In the episode, Dylan says Nietzsche’s aphoristic style was a consequence of his desire for truth coupled with a comfort with scepticism and insecurity. Mark says he is “walking a tightrope.” Wes speaks of a “broad sense of the will to truth” that Nietzsche endorses.

Not having studied Nietzsche in much depth, I found Hayman’s book (and the podcast!) a short and sweet means of going a little deeper. It can be read in a few hours and even though I wouldn’t call the book an introduction in any ordinary sense, it gives us a general frame through which to evaluate facile characterizations of Nietzsche as an unequivocal enemy of truth. The will to truth is a worthy value; it’s just not the highest virtue. Its voice must be allowed to speak, but must never be allowed to drown out all the others.