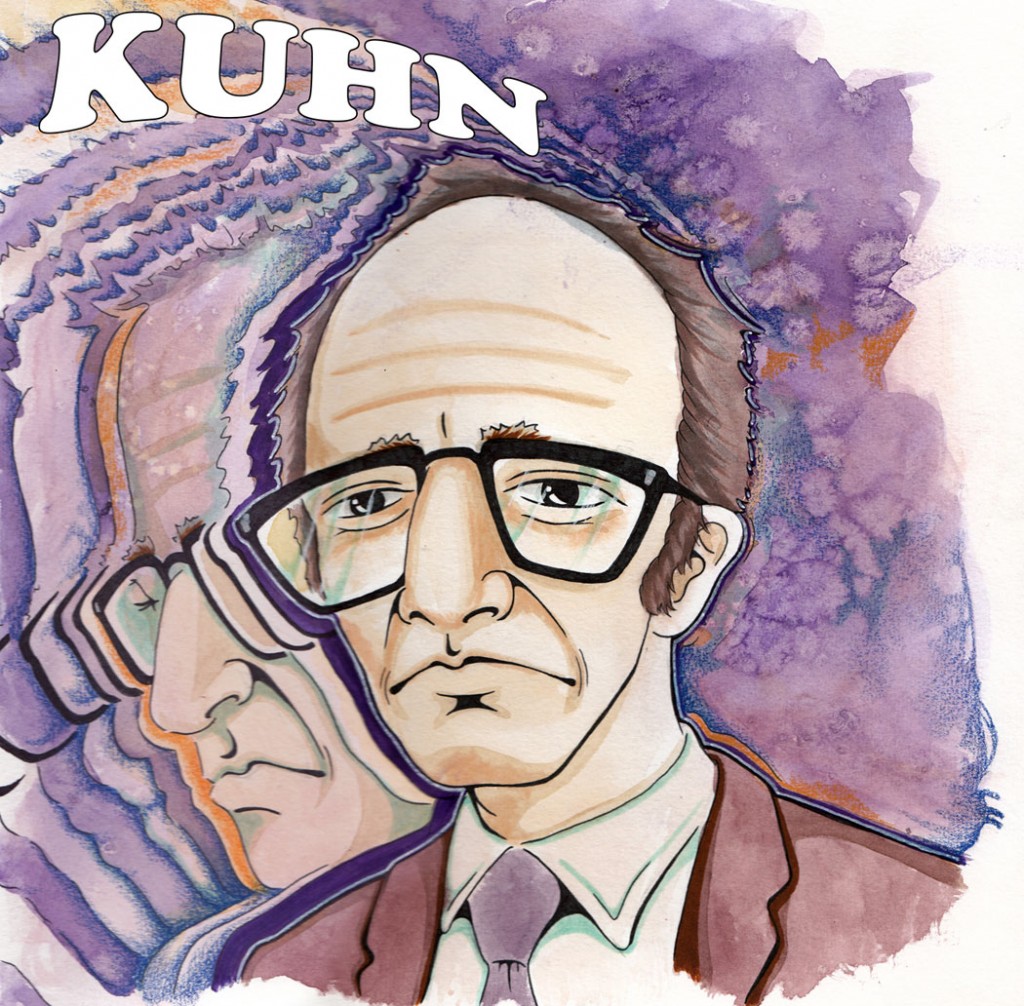 On The Structure of Scientific Revolutions, published mostly in 1962.

Does scientific knowledge simply accumulate as we learn more and more, coming closer and closer to a full and truthful picture of the world? Kuhn says no! Instead, each scientific sub-culture has its own "paradigm," or model for what constitutes legitimate science, which includes what problems to study, what to counts as a result, some background assumptions, and other things nebulous enough that you really can't enumerate them. While Kuhn still believes that the movement to a new paradigm constitutes progress in a sense, the traditional picture of progressive science is still wrong.

Dylan enthuses at a weary Mark, Wes, and Seth over this fast and furious book, which is chock full of stories about phlogiston and all things mechanico-corpuscular. Read more about the topic and get the text. Listen to Dylan's introduction.