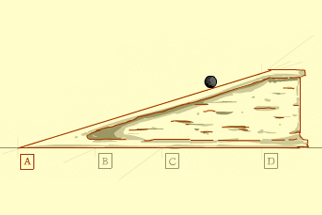 This brings me to Sartre and sincerity. Much of Sartre's riff on bad faith goes beyond the question (challenging enough) of lying to oneself and strikes right to the impossibility of being true to oneself or being sincere in general. His analysis takes the rough shape of saying that sincerity means lining up with the true fact of the matter but, because there is no true fact of the matter, sincerity is impossible.

A quick examination of the idea of sincerity, the antithesis of bad faith, will be very instructive in this connection. Actually sincerity presents itself as a demand and consequently is not a state. Now what is the ideal to be attained in this case? It is necessary that a man be for himself only what he is. But is this not precisely the definition of the in-itself -- or if you prefer -- the principle of identity? ... If candor or sincerity is a universal value, it is evident that the maxim "one must be what one is" does not server solely as a regulating principle for judgments and concepts by which I express what I am. It posits not merely an ideal of knowing but an ideal of being; it propose for us an absolute equivalence of being with itself as a prototype of being. In this sense it is necessary that we make ourselves what we are. But what are we then if we have the constant obligation to make ourselves what we are, if our mode of being is having the obligation to be what we are?

Sartre presents the image of the waiter trying to be the sincere, authentic, waiter, casting this as a doomed operation. It is exercise in bad faith. As the waiter most mimics the image of the waiter, the less sincere he is and the more he is in bad faith. This is because, as Sartre takes it, sincerity is not a state of being, but a demand, and as such requires a fixed end point for that demand. Not coincidentally, Sartre concludes all acts of sincerity are acts of bad faith and, really, that sincerity isn't even a possibility. Now, and here is my quibble, there lies latent an understanding of sincerity that does not require (or admit) of Sartre's brittle understanding of the term. His refutation of the possibility of sincerity by lining-up the continuously changing self with a stagnant lifeless but eternal image of one is a fake refutation. It's like saying that the live frog jumps but the frog on my lab bench that I am dissecting does not and, therefore, jumping doesn't exist. No. The problem lies in how we speak of frogs and jumping, and also how we speak of sincerity. Even if we go as far to agree that sincerity is a demand (which I'm not certain that we should), such a demand need not be as lifeless and non-dynamic as Sartre requires.

Sartre falls into this trap because he doesn't allow for a more refined, flexible notion of sincerity. Recall Kuhn (Episode 86). Kuhn points out (far from the first to do so) that the development of new scientific ideas, especially their taking hold, turns on 'non-scientific' judgments such as simplicity and includes non-empirical factors such as the value we attach to having a particular problem solved. If a new theory solves a favorite problem we are likely to ignore its faults for now (they become research programs) and run with it. I would add sincerity to the mix, particularly in regards to evaluating both data and theories. Sincerity is a required value for science to work at all, especially as a social endeavor, and is one of the underlying truths about scientific progress, just like other scientific values such as simplicity, elegance, and empiricism. Sincerity between individuals is required for the process of sharing knowledge to work properly. Sincerity with oneself is a required feature of successful practical judgment that is brought to bear when interpreting both data and theories. If I make a measurement and show it to my fellow scientists, passing it off as true when I suspect that I missed something, that insincerity only undermines the cooperative work of science. (Don't get me wrong -- it happens all the time. My contention is that the social activity of science presumes sincerity, with the added feature that anyone can go re-do the experiment. If the experiment can't be redone with similar results, the results are called into question.)

The more interesting case is being sincere with oneself -- lining up your own various judgments and desires about the data before you. Anyone who has done a lab class in high school or college knows what I'm talking about. You measure the speed of the ball rolling down the plane 15 times and find that, no, it's not accelerating uniformly, contrary to what Galileo (and your teacher and your book) said it would. Rather than being sincere and analyzing the results making the conclusions so warranted, maybe you fudged your data to make it agree just a little bit better with what you wanted to be the case. The same thing happens to scientists who want any sort of result to be true and manipulate the results to make their data fit it, whether they do it explicitly (where it inevitably gets called lying) or by a nearly unconscious series of small adjustments in the direction they want to go. They are being insincere with themselves in judging the fit. Part of combating this insincerity is developing tools and habits (such as error analysis and varying the initial conditions) to evaluate results where, inevitably, other scientific values like consistency, stability, and reproducibility come into play. Still, the judgment doesn't make itself. It's made by the person doing the assessing and sincerity means something there.

I take Sartre to be sincere in his most basic claim that existence precedes essence and his warning against bad faith seems right. To me, the essence here is the articulation of existence, an articulation that ought to hold in hand the wonder about existence, the uncertainty that acts as a source of understanding not simply a trap or a flaw.

This brings me back to Socrates. Not in the specifics of the theory of forms or role of the good, but in the disposition to articulated wonder. There is a required sincerity (even in the face of his irony) that undergirds all such inquiry, including Sartre's own reflections on bad faith. The activities of trying to understand, or attempting to sort out, require sincerity. Sartre forgets this when relegating sincerity to the quintessential example of bad faith.