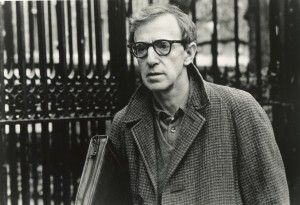 Dear Reader: You do not know whether Woody Allen molested Dylan Farrow. You do not know this, because the only evidence you have are her accusations, his denials, and heaps of evidence that call Dylan Farrow's account into question. Further, you are aware of or ought to be made aware of the many cases of false accusations of molestation elicited from children by adults with their own sinister motives: an elicitation that is also, by the way, a great crime against children, one that ought to be punished accordingly. Some studies put the rate of false accusation as high as 10 percent.

To point this out is not to insult Dylan Farrow specifically or the victims of child molestation in general. It is not to presume, as Aaron Bady absurdly argues in The New Inquiry, that Dylan Farrow is a liar. Respecting alleged victims and their claims does not, as Bady argues, require giving up if only in the non-juridical sphere our presumption of innocence for the accused.

Bady's thesis amounts to the following incredible failure of basic reasoning: "I don't know whether x is true" implies "I know that x is false." But to claim I don't know whether Woody Allen molested Dylan Farrow does not require me to assume that Dylan Farrow is lying, and in turn that her claims are untrue. Rather, it expresses the claim that we don't know whether Farrow is telling the truth, lying, or saying something false that she nevertheless believes to be true. Our position of agnosticism leaves all of these possibilities as live options.

Bady rightly points out that Farrow's claims are a form of evidence. But he wrongly believes that agnosticism in the Allen case amounts to a denial of their evidentiary value. Farrow's claims are evidence; but so are Allen's. And so are the many other bits of circumstantial evidence in the case, including a finding by doctors that Farrow was not molested (a finding that certainly may be in error  but only an evaluation of all the evidence can help us decide). Treating Farrow's claims with respect, and as evidence, does not require that we naively and uncritically accept them and ignore all other evidence. It requires that we take them seriously and investigate them and evaluate them in light of other evidence.

Likewise, we have to treat the denials of the accused with respect, and as a form of evidence  something that never seems to occur to Bady. He demands that we accept Farrow's accusations unquestioningly; but then why shouldn't we take Allen's denials in just the same way? How do we tell which party deserves our unquestioning fealty, if unquestioning fealty is the only mode of evidentiary respect? The implication here is that when confronted with the conflicting claims of an accuser and an accused, we must always side with the accuser. We do this, presumably, because victims must be respected: but this absurd notion simply assumes that every accuser really is a victim, and that every accused is guilty, meaning that we can decide the outcome of every such trial a priori. It goes without saying that the application of such a principle would be both morally and legally disastrous.

But I imagine that Bady's appeals to the concept of "rape culture" are meant to make this implied principle somewhat narrower: Farrow's claims are to be privileged over Allen's because she is a woman making a claim of sexual violence, and he is a man denying it. This form of identity politics is utterly antithetical to the interests of justice. The denials of the accused  whatever their race, gender, or class  deserve the same respect as the claims of the accuser. In neither case does respect mean uncritical acceptance. Our agnosticism is required. And that means that in the case of the accused, we refrain from punishment until we are reasonably confident of guilt.

The presumption of innocence is not, as Bady implies, some trifling technicality that we must grudgingly accept at the judicial level but may regularly violate in the court of public opinion: it is a fundamental principle of justice, and it applies to our reasoning about crime and punishment in general. Bady is not wrong to suggest that it's acceptable to form some probabilistic opinion as to whether he thinks it is more likely than not that someone is guilty of a crime, after taking into account all the publicly available evidence. But he seems to think that because he is not equipped with his own personal prison system or electric chair, he has no obligation to hold his judgments to any standard beyond his general sympathy for the victims of sexual violence. And he implies that certain generalizations  about rape culture, the fact that sexual violence is more common than false accusations of sexual violence, and presumably other propositions related to identity politics are more important than the specific evidence available to us in a given case. That's not just a dumb way of reasoning when you're on a jury: it's a dumb way of reasoning in general. Generalizations about probability apply only to the extent that you are ignorant of specific circumstances and evidence: they are not arguments for ignoring them. Would Bady similarly argue that some statistic about how crime rates break down according to race give us a reason for drawing a conclusion about the guilt of some defendant for whom there was conflicting evidence? And do we really want the fates of defendants determined not by the relevant evidence in their cases, but by their gender, race, or class?

It is the existence of conflicting evidence in the Allen case that gives people who care about justice good cause for their agnosticism, just as it would in the case of any defendant. The existence of conflicting evidence means that barring a more detailed refutation of the evidence that tends to exonerate, I don't know whether Woody Allen is guilty of molesting Dylan Farrow is a far more reasonable conclusion than Woody Allen probably did it. If you want to make an argument to the contrary, and move beyond the presumption of innocence, then you must specifically rebut the evidence that contradicts your theory  something Bady does not do. And yes: you can address how the problematic evidence affects a probabilistic conclusion rather than a conclusion made with demonstrative certainty or beyond a reasonable doubt. But you still have to address the problematic evidence.

Finally, Bady is not merely arguing for the right to draw (bad) probabilistic inferences and to express them publicly. He's arguing that they should be the basis for a kind of non-juridical punishment  for social sanctions of some sort. He implies that in order to honor Farrow's claims, Woody Allen must be punished, if not by the courts, then by society. Even in the absence of proof of his guilt beyond a reasonable doubt, justice will be served only if Allen's reputation is ruined, friends and fans shun him, actors cease to work with him, and he is unable to make movies. But I sincerely hope that most people do not believe that we have the right to punish people  legally or socially  who we do not know to be guilty. And I hope that everyone is aware of the innumerability of the cases in which innocent people have been shunned and otherwise socially sanctioned  to the point of having their lives effectively destroyed for things they probably did but actually didn't do. And I hope we remain conscious of how critical the presumption of innocence is to democratic societies, and how central its suspension is to totalitarian regimes. Finally, I hope that we are more worried about the punishment of the innocent than we are about the possible evasion of punishment by the guilty: the latter is their injustice; the former ours.