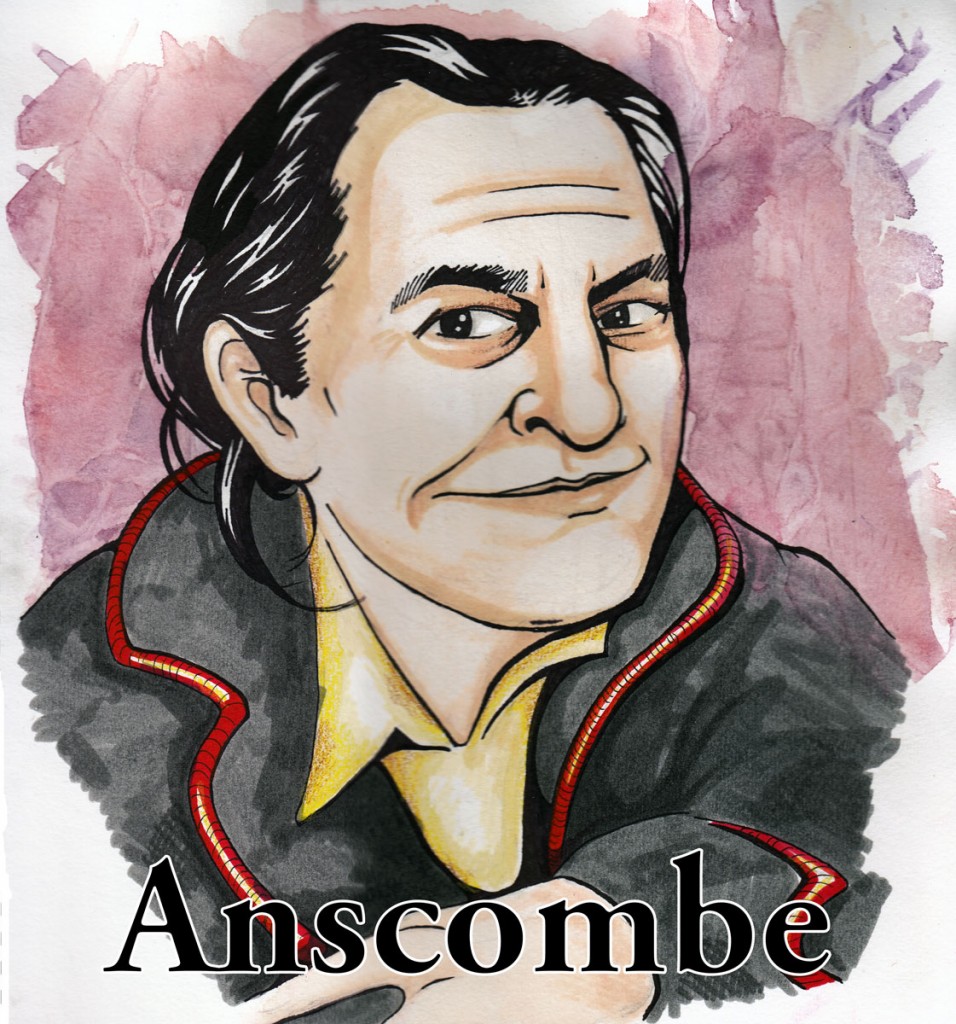 Anscombe thinks that our moral language was developed in a theistic context, and without a law-giver, the idea of a moral law or obligation doesn't make sense. However, we can debate about what actions display "justice," whether some action is "harmful," whether some task was performed "well," etc. There are lots of evaluative words that have established social contexts and can be used unproblematically, but they can't be added up into some overall judgement that "This is good! You must do it!" ...at least not without a lot of work into figuring out what constitutes human flourishing.

What she writes beyond that depends on her audience: In a Catholic journal, she has no problem doing ethics: Are we ever justified in killing innocents? Or in going to war? For her fellow analytic philosophers, she instead writes about how best to talk about our actions: Given that a particular action in a particular situation can be given innumerable descriptions, how do these all relate to each other? This, however is still relevant to ethics, in that we need to figure out how to talk about the intentions involved in an action in order to assess its morality.

Join Mark, Wes, Dylan, and special guest Philosophy Bro as we discuss how "why" relates to "how," whether Anscombe has really overcome Hume's is-ought gap, and coitus reservatus. But first, listen to Bro's Introduction to Anscombe. Read more about the topic and get the texts.

End song: "Adds Up to Nothing," a brand new song by Mark Lint.