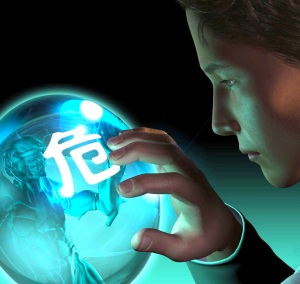 We had a very pleasant recording with David Brin this last Tuesday, and he gave us permission in the course of that to post for our Citizenry an exclusive draft of a philosophical work he's hashing out at present: "Sixteen Modern Questions About Humanity’s Relationship With its Creator in the Context of an Age of Science," a whopping 60+ page essay that considers such questions as:

What debt or obedience does a "creation" owe to its creator?
Must we be coerced, or bribed, to do what is right?
Are people basically frail, and are ideas intrinsically dangerous?
What is our purpose?

...And 12 more that sound less cool when just written down out of context like that! To access this document, become a PEL Citizen and go to the Free Stuff page. He would appreciate feedback on this from the philosophically educated, so I'll ask that you record any such as comments on this blog post, and I'll point David to it as a big, unorganized mass around when ep. #91 comes out. Needless to say, folks that download this should not repost it anywhere or send it to friends. If you do, your avatar will not be included in the crystal spheres that represent our only shot at immortality and inter-stellar travel!

Regarding our recording with him, as with Owen Flanagan, our guest had so much to say about such a wide range of topics that we found when we were done that a) we had not actually talked about a lot of the philosophical issues involved with his book, and b) we had done much more listening to him than talking ourselves and so wanted to get a little more expressive bang for our 600-page buck.

Also, we were very glad to introduce on the podcast the fabulous Brian Casey, brother of Dylan and of my wife Kim, as a guest participant, and we'd like to hear more from him about Brin (whose books Brian is very familiar with; he's the one who put me onto Startide Rising

maybe a decade ago, which was one of the books that convinced me that it was worth my time to read science fiction as an adult) and about the relationship between philosophy and science. Like Dylan, he's got a science PhD--in astronomy--but though he talks a lot about philosophical things with us, he's generally been wary of and has avoided academic philosophy.

So for episode 91, we've planned another call for next Tuesday (with Brian Casey but without David Brin himself), and to help focus our discussion of the ethics and other philosophical issues involved in potentially crazy-ass technological advancement (like genetically engineering other animals to be as smart as we are, creating full artificial intelligence, and putting copies of our minds into computers), we asked our Facebook group and came up with a paper for us all to read by then:

"Why I Want to Be a Posthuman When I Grow Up," by Nick Bostrom, Oxford University (2006). While that is likely all we'll have time to read as a group, I've tried to start listening to some other podcasts related to this topic and scanning the web, so feel free to recommend additional sources for us to look at for this or future related episodes. (OK, realistically, this is the only time we'll get to transhumanism within the foreseeable future... we may well do one on "the singularity" though.) Or, just share your thoughts on this topic by replying to this post (thereby mixing up your replies with those about Brin on religion in an entertaining and possibly serendipitous morass).