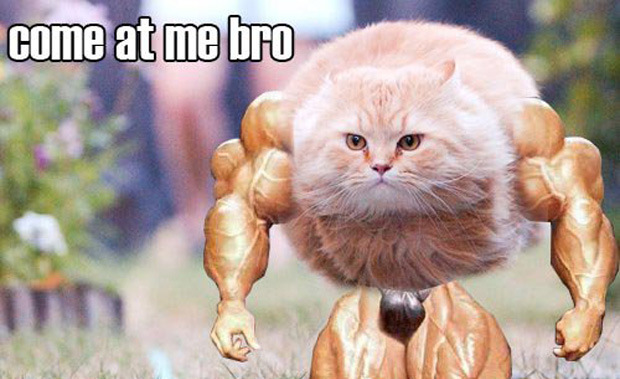 Our main man Philosophy Bro was way futurist compared to us, and covered transhumanism way back in 2011. Go check it out.

So, broadly transhumanism is a movement that seeks to move past our human limitations by using technology. Think of all the cool shit we can do - we are already giving injured bros robotic limbs. And not shitty arms that just open and close like they're trying to pick up a stuffed animal - these arms are getting more and more badass by the day. If we invent an arm strong enough to throw a car and articulate enough to write in cursive, why wait to lose an arm the hard way? Just tack that shit on...

Of course, while no one wants to be weak or dumb, what no one really wants to be is dead. Plenty of bros, especially existentialists, have written about the human condition as it relates to death; mostly, that it's fucking inevitable, and if we don't get over our fear of that we're going to waste our lives cowering. But who says we can't conquer death?

We can replace hearts, for fucksake. If we figure out a way to grow custom organs, we can get past death due to organ failure pretty much forever. Already, Dick Cheney doesn't even have a pulse thanks to his artificial circulator. If that's not a step toward Darth-Vader-style human preservation, I don't know what is. And who's to say that we can't also replace a brain?

He then talks about dualism, physicalism, "psychological continuitists," and all that. Nice and succinct. Consider this a postcog precog.