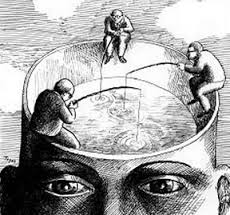 “We are all exceptional cases. We all want to appeal against something! Each of us insists on being innocent at all cost, even if he has to accuse the whole human race and heaven itself.”― Albert Camus, The Fall

What accounts for Heidegger's fall from grace into Nazism? This topic is touched on in the episode on Being and Time. Are we all vulnerable to the same or some similar fate, if only the circumstances were right? Of course not, we say--we are exceptional cases.

Two questions are at issue here: 1) What motivated Heidegger?; 2) Is seeking to answer this question valid?

Robert Stolorow,  a psychoanalyst who sought to found psychoanalysis in Heidegger's phenomenology of Being, gives us his "psychobiographical" study of Heidegger's fall into Nazism in chapter nine, "Heidegger's Nazism and the Hypostatization of Being, a Distant Mirror" in his book, World, Affectivity , Trauma, in which he argues that a Heideggerian understanding of phenomena such as anxiety, trauma, and mortality can contribute to a post-Cartesian, intersubjective founding of psychoanalysis (he is a Heideggerian).

His psychoanalytic argument hinges on Heidegger's emphasis on 1) authentic and inauthentic existence; 2) authentic relationality or "Being-With." To start with the final conclusion, "Only someone for whom differentiated Being was such a monumental, preoccupying issue could have come up with the understanding of the foundational structures of our intelligibility to ourselves that pervade the pages of "Being and Time.'"  While it may be excessive to claim that Heidegger was psychologically preoccupied with Being, perhaps there are other psychological forces that may explain Heidegger’s shocking, anti-philosophical descent into Nazism.

Stolorow documents Heidegger's history of emotional trauma as involving a dependency on his parent's belief in the Catholic Church, and then on his financial dependence on the Catholic Church for his education (both anti-authentic, anti-individuation ties). His attachment to the Catholic Church purportedly led to a psychosomatic reaction of "heart trouble," after which he was released from his priestly commitment.

An additional emotional trauma is apparent in his relationship with the love of his life, Hannah Arendt, a young student (he was 17 years older) with whom he engaged in a clandestine affair, though he was married with kids. Having analyzed his love letters, Stolorow and others claim that his love, rather than being true love, went only so far as his valuing her only to the degree that it allowed her to worship him; he used her, so goes the claim, as a self-object (narcissism). She felt his was a disingenuous "philosophical idealization love" and told him about her real feelings of depression (expressed in her diary writings entitled, "Shadows"). He denied this was so, and she then terminated the relationship.

This double emotional trauma struck in 1927 when he finished his Being and Time, which he said was so consuming that it was as if "one's heart is ripped from one's body." He placed a copy of the book on his mother's death bed, "leaving the book for her as a last effort, futile and pathetic, to justify his existence and find [her] acceptance." He had a crisis of "authentic relationality or 'Being-With.'" He lost his lover and his mother, his magnus opus was met with incomprehension, and Nazism loomed.

Stolorow’s claim is that these emotionally traumatic factors led Heidegger to seek to bolster his threatened ego with identification with a political force that he in turn idealized as the way out, the way for himself, and a nation, to rise to authenticity and significance, and he blindly cast his hope idealistically with the Nazi nightmare--the fall which led him "to accuse the whole human race and heaven itself," a stance which he never recanted.

Finally, is it even valid to try and answer the question of the influence of a philosopher’s life on his work? It would seem Heidegger invites us to do so; he gave a central role to moods (affectivity) in the disclosure of our Being-in-the-World. “Ontologically, mood is a primordial kind of Being for Dasein, in which Dasein is disclosed to itself prior to all cognition and volition, and beyond their range of disclosure” (B&T, p. 175). Mood discloses how “what [Dasein] encounters within-the world can ‘matter’ to it” (B&T, p. 176).  For Heidegger, ontical experiences of mood, are ontologically revelatory. Therefore, Heidegger’s slide into Nazism can be seen as his ontic reaction, his angst in the face of massive political and cultural oppression of Nazism, especially as it affected academia, and his ability to do philosophy.

In his Letter on Humanism, Heidegger argues that “fundamental ontology” is “originary ethics” itself (p. 271).  Throughout his life he resolutely refused to address ontical ethics, the ethics of everyday life which leads to choices and actions (see Olafson, Heidegger and the ground of Ethics: A Study of Mitsein). Heidegger's privileging of the ontological (Being) over the ontic (beings, everyday ethics) should be a warning that the most brilliant philosophical theory is no guarantee against inauthentic life choices,  which Zizek has been warning against since The Sublime Object of Ideology.