Natural law seems like a relic, remembered only by Catholics who use it as thin grounds for odd sexual theories: the evil of condoms, the intrinsic disorder of homosexuals. Undeterred, our Not School Philosophy of Law group decided to take a look at this relic, including selections from Aquinas and Martin Luther King. It turns out to provide some interesting foundations for our constitutional principle of equal protection of law. That may sound surprising, since equal protection is the primary basis for the string of recent court decisions in favor of gay marriage, yet natural law is portrayed as the enemy of such equality. But hear me out.

Premise: Rules are selected by the faculty of reason. (That is, people can figure out which patterns of behavior they should follow in order to achieve their long-term goals.)

Premise: Things selected by the faculty of reason are selected for the purpose of obtaining human happiness. (In other words, whenever you decide to follow some pattern of behavior, you must have some overarching goal in mind. Moreover, by pursuing those goals, you're trying to fulfill your full potential as a human being.)

Premise: Laws are selected for the purpose of obtaining human happiness.

Conclusion: To achieve their purpose, laws must further the happiness of the whole community.   (ST I-II, Q. 90, Art. 2.)

Premise: To achieve their purpose, laws must further the happiness of the whole community.

Premise: Obtaining happiness for the whole community ideally involves the participation of the whole community, since the best judge of how to be happy is the person or people seeking that happiness. (I take it that’s what Aquinas means when he says, “the directing of anything to the end concerns him to whom the end belongs.”)

Conclusion: To achieve their purpose, laws must be chosen with the participation of the whole community.  (ST I-II, Q. 90, Art. 3.)

Aquinas isn’t terribly clear, so maybe this paraphrase is off base. But maybe Aquinas isn’t just some anti-condom goofball. Maybe Aquinas is instead laying the philosophical foundation for the democratic principle that everyone should be treated equally under law. 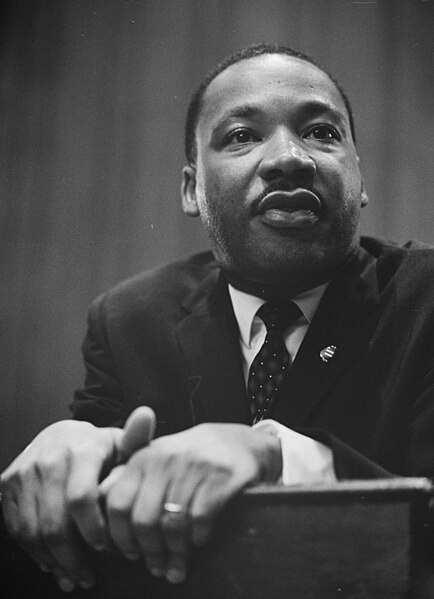 From these principles, King concludes, “All segregation statutes are unjust because segregation distorts the soul and damages the personality.”  Reflecting Aquinas’ concern that law serve the entire community, King states, “An unjust law is a code that a numerical or power majority group compels a minority group to obey but does not make binding on itself.” Reflecting Aquinas’ concern for the participation of the entire community in law-making, King says, “A law is unjust if it is inflicted on a minority that, as a result of being denied the right to vote, had no part in enacting or devising the law. Who can say that the legislature of Alabama which set up that state’s segregation law was democratically elected?” Perhaps Aquinas didn’t intend these conclusions or couldn’t have foreseen them, but they do appear to follow from his principles.

This January, our Not School Philosophy of Law group will be doing another set of readings, this time on legal positivism (Hume, Bentham, Hart, etc.).  Please join us!