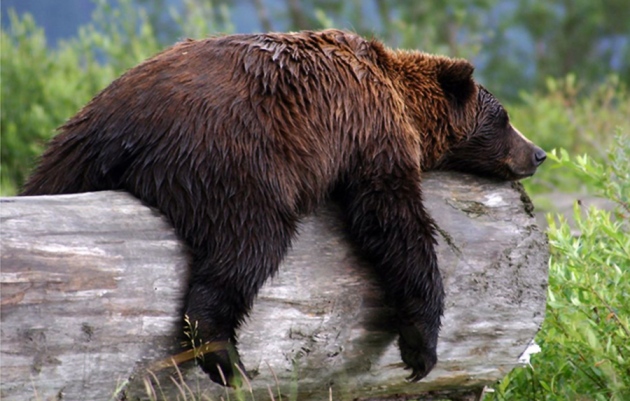 It's been suggested that my questioning of Thoreau's (lack of) methodology was light on textual analysis.

So here's an example for y'all's consideration. Wes quoted a passage from Ch. 11 ripping on over-eaters (section 5 in the annotated version): "The gross feeder is a man in the larva state; and there are whole nations in that condition, nations without fancy or imagination, whose vast abdomens betray them."

Now, I think this is a ripe phenomenon for philosophical analysis, but what we get instead from Thoreau is an aphorism: utterly unsupported, flippant, borderline racist.

Does the context help us understand his point? Here's all of section 5 (note that it's just the editors of the annotated edition that divided the text into sections):

[5] I have found repeatedly, of late years, that I cannot fish without falling a little in self-respect. I have tried it again and again. I have skill at it, and, like many of my fellows, a certain instinct for it, which revives from time to time, but always when I have done I feel that it would have been better if I had not fished. I think that I do not mistake. It is a faint intimation, yet so are the first streaks of morning. There is unquestionably this instinct in me which belongs to the lower orders of creation; yet with every year I am less a fisherman, though without more humanity or even wisdom; at present I am no fisherman at all. But I see that if I were to live in a wilderness I should again be tempted to become a fisher and hunter in earnest. Beside, there is something essentially unclean about this diet and all flesh, and I began to see where housework commences, and whence the endeavor, which costs so much, to wear a tidy and respectable appearance each day, to keep the house sweet and free from all ill odors and sights. Having been my own butcher and scullion and cook, as well as the gentleman for whom the dishes were served up, I can speak from an unusually complete experience. The practical objection to animal food in my case was its uncleanness; and besides, when I had caught and cleaned and cooked and eaten my fish, they seemed not to have fed me essentially. It was insignificant and unnecessary, and cost more than it came to. A little bread or a few potatoes would have done as well, with less trouble and filth. Like many of my contemporaries, I had rarely for many years used animal food, or tea, or coffee, etc.; not so much because of any ill effects which I had traced to them, as because they were not agreeable to my imagination. The repugnance to animal food is not the effect of experience, but is an instinct. It appeared more beautiful to live low and fare hard in many respects; and though I never did so, I went far enough to please my imagination. I believe that every man who has ever been earnest to preserve his higher or poetic faculties in the best condition has been particularly inclined to abstain from animal food, and from much food of any kind. It is a significant fact, stated by entomologists — I find it in Kirby and Spence (4) — that "some insects in their perfect state, though furnished with organs of feeding, make no use of them"; and they lay it down as "a general rule, that almost all insects in this state eat much less than in that of larvae. The voracious caterpillar when transformed into a butterfly ... and the gluttonous maggot when become a fly" content themselves with a drop or two of honey or some other sweet liquid. The abdomen under the wings of the butterfly still represents the larva. This is the tidbit which tempts his insectivorous fate. The gross feeder is a man in the larva state; and there are whole nations in that condition, nations without fancy or imagination, whose vast abdomens betray them.

In this section he's been giving his opinions, also discussed in the episode, about hunting (fine for boys, a great introduction to nature, but to be grown out of). So why does he think fishing is degrading? Well, he's not really sure; he's trying to read himself: "It is a faint intimation."

He says that "every year I am less a fisherman, though without more humanity or even wisdom," meaning that he's not just saying that he's growing wiser as he grows older and so realizing that fishing is base. (Both this statement and the "faint intimation" part support my interpretation that Thoreau is, at times, self-consciously humble in his opinions: he's musing aloud, and he knows it.) He acknowledges that if circumstances were different, i.e. if he were living in the wilderness (so he's not now at Walden), then he'd at least be "tempted" to fish.

Then (as Dylan brought up on the podcast), he talks about how gross cleaning fish is, and how apparently they didn't fill him up enough to be worth it. So this is again going about simplicity, not about fishing itself being savage. According to his "imagination," his sense of beauty, "every man who has ever been earnest to preserve his higher or poetic faculties in the best condition has been particularly inclined to abstain from animal food, and from much food of any kind." Then he gives this image of the caterpillar, meant evidently not as a proof, or even an illustration, but as a suggestive metaphor: to transcend the base part of our humanity is to get over sensual indulgence.

Now, what do you all think of that, as a piece of prose, as an argument, as philosophy? To me, he's dressing up a profoundly unoriginal sentiment in fancy clothes and acting like this is insight. And I find this sentiment profoundly problematic. What kind of being are we that has a base side and a transcendent side, and how does that relate to nature? Thoreau can't (and shouldn't!) rely on some simplistic mind-body dualism whereby to be spiritual is to transcend base physicality. Instead, by embracing concrete nature, he's saying that, in essence, God is in the natural world, so vivid that you don't even need the word "God" or any other overtly theoretical language. But nonetheless, instead of "spiritual," we here have "poetical," and there is still room for "higher laws" in this picture. This sounds like a great project to me: to really explain (if only by exemplification) how all the awesomeness of religious life can be obtained without believing in fairy tales and abstractions and unfounded otherwordly suppositions. I think what he's largely doing in the text is phenomenology: he's telling us what it's like to be in this situation, what insights come to one.

But the point of phenomenology is that it's supposed to be repeatable: If I put myself in the same situation, I'd reach the same conclusions, and even just reading through the experience is supposed to be sufficient to bring one to the same point. Of course charging Thoreau with "thinking differently than others" is not an objection if by "others" you mean unthoughtful sluggards who've never made the attempt to live deliberately. But living close to nature is now a well-trodden path: it's one of the things that thoughtful people do, one of the things that can make people thoughtful. The quietness, the clear view of the sky, the animal noises: all these things bring upon a certainly very spiritual experience. But like other types of mystical experience, we then fill this void with whatever it is that we already find sacred (or with some modification of this), so that for some, the wilderness would mean solitude, and for others, it would mean private time with loved ones. For some, hunting becomes spiritual; for some, hunting is totally antithetical to the appreciation of nature. For some, it means enthusiastic, athletic movement, for some, it means calm and rest.

For Thoreau, it means asceticism, and maybe it's just my immersion in Nietzsche (a thinker with some comparable conclusions and a similarly zesty writing style, but a much different methodology, almost painfully stringent in the way he circles back and explores the same subjects again and again from different vantages), but to me, asceticism is one of the enemies of health: it means self-hatred, and fundamental denial of even those instincts that simply can't be dismissed. Thoreau gives us a picture of spirituality through embracing nature, including one's instincts, and I think is really trying to feel out what this really means, but I think he's insufficiently self-critical, and a passage like the one quoted above ultimately just leaves me shrugging at his unfounded, unattractive idiosyncrasies.