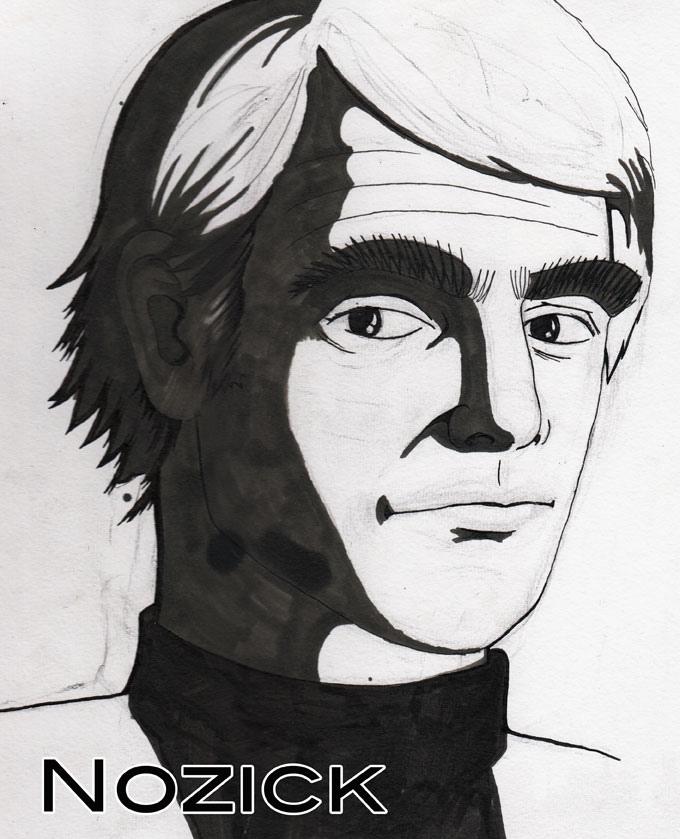 What moral limits should we put on government power? Nozick thinks that the only legitimate functions of government are protection and enforcement of contracts. Contra Rawls, Nozick's "entitlement" version of justice doesn't look at income inequality or any other pattern of holdings, but only at whether holdings were legitimately obtained, e.g. through purchase, gift, inheritance, reparation, or taking something unclaimed. Of course, since our current distribution of wealth has its historical roots deep in war and pillaging... Hey, never mind that, says Nozick!

The full foursome are joined by Slate's Stephen Metcalf. Read more about the topic and get the book, and also listen to Seth's introduction.

End song: "Samuel" by Geoff Esty (with singing by Mark), revamped from the 1994 album Happy Songs Will Bring You Down by The MayTricks. Read about it.

Please also visit our new sponsor, mobile service provider Ting. Go to pel.ting.com and get $25 off your order.