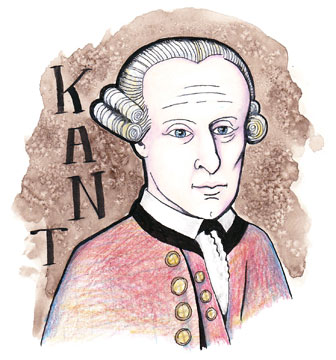 Kant thinks that finding something beautiful is different than merely liking it. It's a certain kind of liking, not dependent on your idiosyncratic tastes (like your preference for one color or flavor or tone over another) or on your moral opinions. He wants these judgments to be subjective in the sense that they're not about the object, but about the fact that people receive pleasure from it, yet he also wants them to be universal, so that if I (correctly) find something beautiful, then I expect others to feel the same way, and moreover, if they have taste, they should.

Of course this is all put into very difficult Kantian language with virtually no actual examples, so the regular foursome had a good time attempting to translate it to something you can get your head around. Read more about the topic and get the book.

End song: "Cool Down" from Mark Lint & the Fake Johnson Trio (1998), newly resung and remixed. Download the album for free.

Please also visit our sponsor, mobile service provider Ting. Go to pel.ting.com and get $25 off your order.