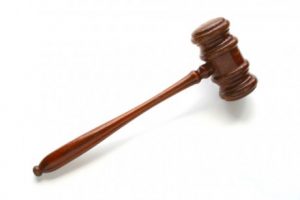 re those who can do as they wish powerful? For Socrates, acting on your own whim, killing whomever you please or obtaining great wealth does not make you powerful, if you act unjustly you are acting against your own good. It does not matter how extreme or sophisticated your ability to be unjust if this is all you can accomplish. Callicles offered Socrates a different view, that the tyrants of their day – though unjust – had real power, and indeed, that this power should be held by the strong and privileged against the weak.

Today this question might be posed from within the feminist movement: Are the privileged powerful? When a person, who materially benefits from oppression, acts in a way that oppresses, what is the appropriate response? Are they abusing their power for their own benefit? Or is any unjust action ultimately against their own good?

In the Christian West, and amongst capitalist states in particular, personal responsibility, choice, and blame form the backbone of the cultural sense of justice. It is against this background that those who act for their own material benefit at the expense of others are vilified. And when we discover our own flaws or we act unjustly, we feel guilt. Thus, bound up in the West's rational engagement with justice is a psychological dialectic of anger and guilt: anger at the failure of others to be moral, and guilt for our own failure.

However, this emotional structure to justice in the West sits in deep tension with feminist critical analysis, which very rarely blames any particular individual for their cultural inheritance. Yet despite this intellectual basis of feminism, and its structural conception of justice, some feminists have been reluctant to reform their emotional foundations.

And a reformation is very difficult. Blame and the axis of anger and guilt run deeply into western legal and moral systems. The punishment of a criminal is often enjoyed--from historical spectacles to the modern retributive lust at the torture of criminals (stripping them of space, of books and television, for calls for their total confinement) we regularly enjoy anger and its resolution, the punishment of another. The psychological cycle underpinning media spectacles then runs over and over as feeding this addiction--outrage and punishment, outrage and punishment, with the petite mort of apology to unify the experience.

Enjoyment of “justice” is then regulated by emotions deeply contrary to structural critique. The spectacle of anger and guilt is that of the individual – and the media cycle reflects this.

The Eastern, and Buddhist in particular, psychology of justice is radically different. Here compassion runs deep and fundamental, as that emotion “one feels in response to the suffering of others that motivates a desire to help." Compassion, which might be taken as the double-negative of anger-guilt, is the unpalatable third option facing the machines of outrage today.

When faced with a rapist (or even, perhaps, a person wearing a t-shirt) the question is immediately formulated against the old dialectic. If you aren’t angry at him then you're forgiving him; if he isn’t guilty then he's shirking responsibility. That is, there is only blame-forgiveness and anger-guilt. If there's no anger-guilt then there must be forgiveness and if there is then there must be blame. Compassion (as the absence of anger) feels like forgiveness on this view. Thus to criticize a person's outrage is to defend the person who outrages them, and to refrain from anger is to forgive: and the horror at forgiving rape! It escapes those caught up in this cycle of enjoying their anger, that neither blame nor forgiveness are concerns.

Deep at the heart of feminism, and any universal program for liberation, is a conception of the good society in which just relations between people are better for everyone. What is an act of rape then? It is a symptom of both the oppression of men and women and tied deeply to cultural forces of oppression. In particular, consider those which structure the rapist's mentality: that women must be pursed regardless of their professed objections (cf. many fantasy story lines), that women are passive and men are active, that men are owed sex and that women are merely the vehicles of it, that virginity is failure, that women are the fuel of the male sex-machine and the double-objectification and inescapable injunctions of this view. The rapist is as much caught up in a system of his own oppression as the person he has raped.

Here something must be again made clear: This has nothing to do with blame. It is only a reformulation of power. An act of rape is not one expressing the power of the rapist over another, but powerlessness of them both. This may be difficult to understand because our emotional connection to rape is often deeply individualist: we connect ourselves to the injustice of the act by its traumatizing of a person, of an individual. We should therefore consider another example.

In the early 20th century we would surely label aristocrats as privileged, we would see their actions as oppressive and the system they sustained as benefiting them and hurting others. Yet, the life of an aristocrat was deeply regulated. Before the sexual revolution and class revolutions of the mid-20th century an aristocrat could not marry who they loved, they could not express themselves for fear of 'scandal' and many other oppressions besides. Every oppressive act of an aristocrat was thus, in the same instant it made them 'responsible' for harming another, preserving a system of great harm to themselves. The society they were depriving themselves of through their oppression was one in which they were freer too. In all the apparent power of the aristocracy, we find, just underneath, their powerlessness.

Oppression is not the actions of one group against another but a state of powerlessness in which all our acts deprive us from flourishing. The first question we must ask when confronted with injustice is: What has led to this? And our first feeling must be compassion, to understand the suffering within oppression. It should never be: On whose behalf should I be outraged? At whom should I be angry?

These questions will destroy a movement. What happens when its adherents fail to live up to their principles? When women fail to live a “perfectly feminist” lifestyle - too often have I seen anger and blame directed toward them, rather than compassion. What happens when you yourself fail? Should you spiral into self-hatred, guilt, and the enjoyment of your own hopelessness? What happens when those who, unaware of the oppressive dimension of their actions, are confronted with such overt hostility? Wide-eyed shouting and invective has rarely reformed a person, has rarely encouraged understanding and solidarity, has rarely succeeded.

Compassion is the appropriate emotion of structural analysis. Compassion finds oppression in both those we blame and those we forgive. Compassion is the difficult striving to set aside our anger and do what we must. It is not forgiveness: if there were a serial rapist whose view of the world were so corrupted so as never to be redeemable, that was forever damned to hurt others, then killing this person would be a compassionate act: They will never flourish. Their death, however, is not to serve for our enjoyment and corruption. Their death should be an act of pure compassion: to see them as a total victim of oppression, as a horrible consequence of our history. And the act of killing them should cause a corollary to compassion--grief. Grief at what was lost – a life, the potential for the expression of goodness.

Compassion often requires courage, and the fuel of courage may be momentary rage. But today, as I look around at some professing to fight against oppression, the spectacle of outrage is not a conduit for compassion. It is a corrosive cycle of obsession, degrading to the character and toxic to the movement. Alienating and hostile, fracturing and harming. Activists seek out marginalization and oppression to get their outrage-fix, and are moved to shout-down and attack rather than lead or help. This addiction to anger is anti-liberation. There is no justice in the spectacle of punishment, and no progress in division and hostility.