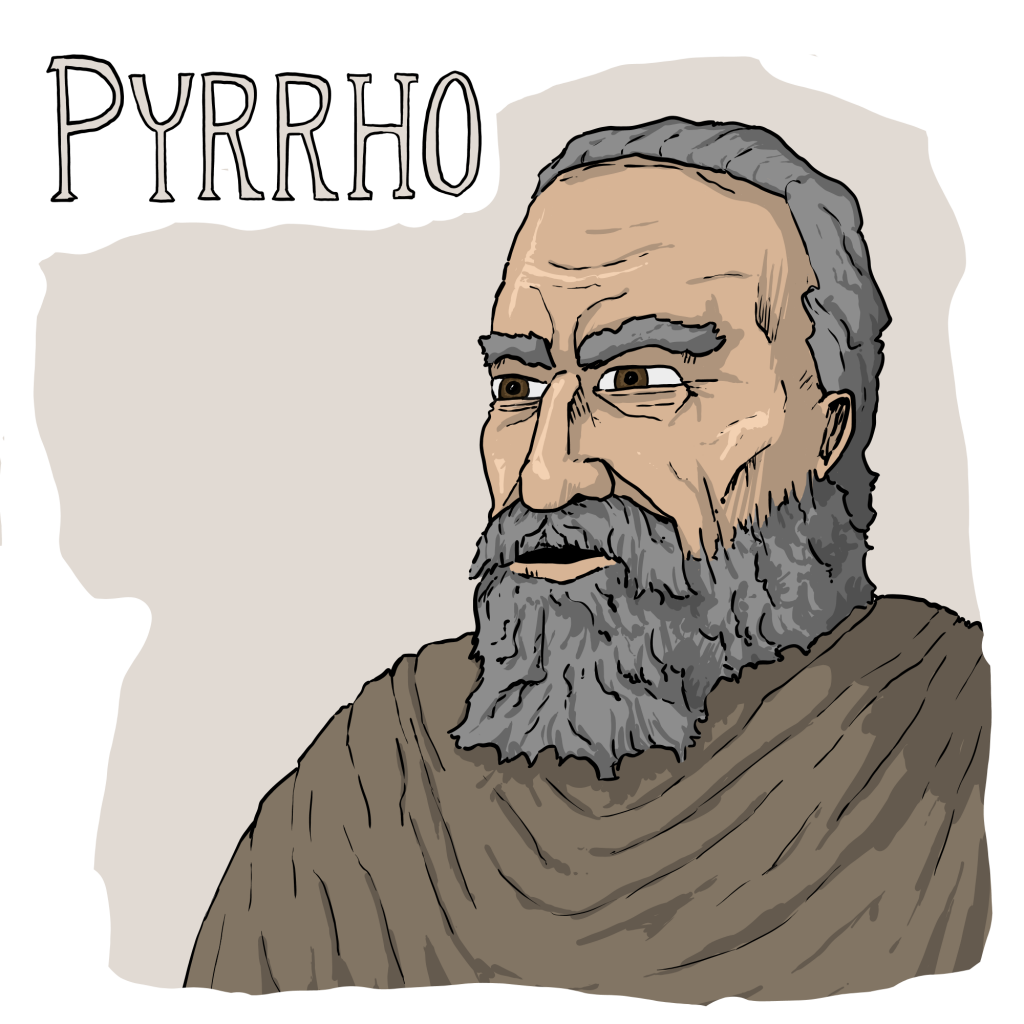 Are our beliefs warranted? Skeptics following in the footsteps of Pyrrho (who lived just after Aristotle, around 300 BCE, but didn't leave us any writings, so Sextus, centuries later, has to fill us in) think that for any argument someone puts forward (at least about the nature of reality), you can come up with a plausible counter-argument, and that after you've done this enough, you achieve a relaxed state where you you're satisfied in not being able to decide.

Is this really true? And is there a sharp distinction between beliefs you need to accept in order to live (this is food; that is poison) and theoretical ones? Can a philosopher really get beyond philosophizing in this way? Can one be a scientist and still be a skeptic of this sort? Jessica Berry joins Mark, Wes, and Dylan to defend this position. Read more about the topic and get the text.

End song: "Point of Confusion" recorded for this episode by Mark Lint. Read about it.

The Pyrrho picture is by Corey Mohler.