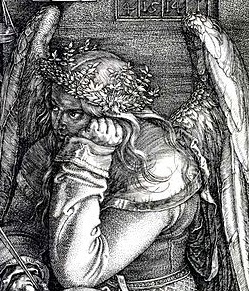 "Boring" is one of the kinder things that can be said about conventions of the American Philosophical Association. That these meetings are arduous ordeals for newly minted PhDs seeking academic jobs goes without saying; but I've heard even comfortably tenured professors describe APA conventions as "brutal." At the APA Central Division Meeting a couple of weeks ago in St. Louis, though, there was a vital break in the brutality.

One of the big events at each APA meeting is the John Dewey Lecture. As the blurb for the lecture has it, "Each Dewey lecture is given by a prominent and senior American philosopher who is invited to reflect, broadly and in an autobiographical spirit, on philosophy in America." In St. Louis, philosopher Peter Railton rose to the task.

The first part of his lecture is, among other things, a wonderful memoir of what it was like to be young in 1960s. He provides a dramatic first-person account of the unrest at Harvard in April 1969. There are the to-be-expected reflections on his career as a philosopher and his personal views on the current status of the field. He refers to the recent research on the "ideology of brilliance" in academic philosophy and the relation of that ideology to male dominance of the field. But the reason Railton's being so widely praised for his "selfless courage" right now is the final topic he takes up: his own struggles with depression, and how he sees that as connected to his philosophical activity.

From my later days as a young faculty member . . . working with graduate students and colleagues, I got a sense of the moral world as deeply intertwined with affect as well as deliberation and action. Indeed, I have come to believe that the world of cognition is no less steeped in affect. That’s as it should be, I now realize, since affect is the mind’s way of registering appreciation—of evidence, of the importance of a fact, of the value of an action, of the goodness of a life. Most of things I blame myself for in life I did from fear of social embarrassment and humiliation—this has been a much more effective deterrent than clubs or threats in keeping me from doing the right thing. Reasoning has certainly helped me try to address these fears, but reasoning has done an almost equally good job of rationalizing my failures to overcome them. When I have managed to overcome this fear, it is because an appreciation of the values and ideals and lives at stake got the better of my over-socialized self—I felt, and not merely thought, I had to act.

And from my quiet hours listening to my teachers as I myself was becoming a teacher, has finally come a resolve. It is fear of just such social embarrassment and humiliation that have kept me from calling depression by its right name. Here is yet another way of being an outsider, another way of being shut off from life. As academics, we live in its midst. We know how it hurts our students, our colleagues, our teachers, our families. Of course, most of us are “educated” about depression—we like to think that we no longer consider it a stain on one’s character. We’ve gotten beyond that. Or have we?"
. . . .
Then why do the words stick in my throat when I tell you that another theme uniting the three episodes I have recounted from my life, and that has played an equally important role in shaping my philosophy, is that they were all accompanied by my depression. This moody high school student, this struggling protester, this anxious young faculty member—they were all me and they were all living through major depressive episodes at the time.

He concludes with a moving plea for the destigmatization of mental illness, and for personal candor:

What does it say to our students or colleagues, how does it contribute their ability to seek care, or to escape a sense of utter loneliness and inability to make it out the other side, if even grey grown-ups like me with established careers and loving families can’t be open about the depression that has so deeply shaped our lives, and who can make it clear by our very selves, there’s real help, you can make it, it’s worth it, you’re worth it.

Perhaps if enough of us, of all ages and walks of life, parents, children, brothers, co-workers, spouses, relatives, deans and directors, tinkers, tailors, soldiers, sailors, can be open about our passages through mental illness, a shadowy stigma will fade away in the broad light of day. We must call it mental illness because that’s what it is, illness that takes up residence in the mind, but no more of the essence of a person than any other illness. . . . Perhaps if enough us who’ve lived with depression pitch in and do our small bit, the true face of depression will at last be visible: it looks like all of us … only with some cells that won’t behave, so let’s do what we can to fix or manage that.

The complete text of the lecture is available here. So far as I can trace it, the current social media buzz started when Janice Dowell posted on Facebook about her reaction to hearing Railton: "I am completely unashamed to report that I openly wept." Jan's post was mentioned on the DailyNous blog, and she followed up with a longer description of the lecture: "It was easily the bravest and most moving talk I have ever attended. He received two standing ovations, the first following the talk and the second after his gracious answers to our questions. Our profession owes him our deep gratitude for his selfless courage." It's led to discussions at Leiter Reports and Splintered Mind, and the story has been reported on in a widely republished article at InsideHigherEd. There's a thread at Dailynous where academic philosophers are describing their own experiences with depression.

After writing all that, I feel compelled to rise to Railton's challenge. I've suffered from chronic depression since very early childhood, although I didn't have that label for it until much later in life. I began taking effective antidepressant medication at the age of 36, when I was immersed in writing a philosophy dissertation. Experiencing for the first time what it's like not to be depressed, I gained some insight into how deeply my passion for philosophy was intertwined with that illness. That's something I'm still learning about.

I never finished the dissertation. I did get a lot of work done on it, and in many ways that was the high point of my philosophical education. I certainly learned more about the subject during those two years than I did during all the grad school seminars I took. And even that wouldn't have been possible if it wasn't for the medication. Before I started taking the happy pills, I had gotten to the point where I had to leave my apartment in order to eat. If I tried eating a meal at my own kitchen table, within a couple of minutes I would jump up, grab a pen and legal pad, start compulsively scribbling, and be unable to finish eating. (Depression has been a lifelong condition; OCD was the unique contribution of graduate education to my diagnosis.)

I'll conclude with suggesting one area in which the experience of depression raises philosophical questions. In recent years, there's been a lot of discussion of Lauren Alloy and Lyn Yvonne Abramson's theory of depressive realism: the idea that depressed people actually have a more accurate perception of the way things are. The original research compared judgments made by depressed and nondepressed subjects of their own degree of causal efficacy in certain laboratory experiments. The findings have been extended and widely debated in the psychological literature; Eric Schwitzgabel has commented on some of the implications for philosophers in his post on Railton's lecture. I'm most interested, though, in the broader consequences for philosophical accounts of value. With apologies to Camus, Leibniz, and Heidegger, let me propose the following thesis for discussion:

The only really serious philosophical question is "Why is anything worth doing at all?"

The illustration is a detail from Albrecht Dürer's Melencolia I (1514).