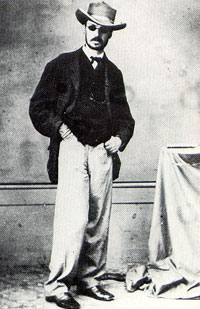 “Philosophy, beginning in wonder, as Plato and Aristotle said, is able to fancy everything different from what it is. It sees the familiar as if it were strange, and the strange as if it were familiar. It can take things up and lay them down again. It rouses us from our native dogmatic slumber and breaks up our caked prejudices.” ― William James, Some Problems of Philosophy

If the Stanford Encyclopedia's article on humor is right, most philosophers have been very unkind to comedians. If a Martian anthropologist landed on earth to study our philosophies, Stanford says, they "might well conclude that humor could be left out of human life without much loss". Ancient philosophers such as Plato considered laughter to be hostile and malicious, as if derisive laughter were the only kind. Maybe that was true 25 centuries ago. I don't know. If there had been a stand-up comedian in the Christian middle ages, he probably wouldn't have lived long enough to finish his second joke. Can you imagine what the Inquisitors would do if they were to watch Sarah Silverman's stand-up special, Jesus is Magic? I imagine their heads would explode. Most of the Stanford article paints a sad and thin picture of the relations between philosophy and comedy. Their dismissive contempt was followed by a series a bad theories and but the final paragraphs offer some hopeful signs.

"If philosophers wanted to undo the traditional prejudice against humor," the author suggests, "they might consider the affinities between one contemporary genre of comedy - standup comedy - and philosophy itself." It's quite an overstatement to say that standup comedians are the new philosophers but the Stanford article makes a case that some kinds of comedians operate like some kinds of philosophers in some respects. And it just so happens that the affinities between them line up quite nicely for a person with tastes like mine. If the seven similarities identified by the author had to be boiled down to just one word, I think "subversive" is that word. Let me explain. 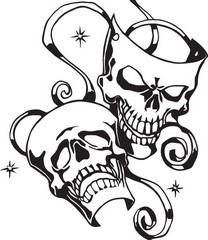 Before listing the seven (at least) affinities, the author spills some ink explaining the differences between comedy and tragedy, which were already well established in the 6th century BCE. In both cases life is depicted as a struggle against failure, foolishness, sickness and death but they differ in their response to the struggles of life. Tragedy is earnest and sincere. It's about heroes who are willing to fight for their ideals. Tragedy valorizes the, "Warrior Virtues - blind obedience, the willingness to kill or die on command, unquestioning loyalty, single-mindedness, resoluteness of purpose, and pride." This is approximately the opposite of Comedy, with it's tricksters, bumblers and anti-heroes. "Comedy has mocked the irrationality of militarism and blind respect for authority" since the time of Aristophanes and it still does today. The Comedic Virtues are "critical thinking, cleverness, adaptability, and an appreciation of physical pleasures like eating, drinking, and sex." Unlike Tragedy, which tends to be idealistic and elitist, the protagonists in comedy are not kings or superheros but ordinary, relatively powerless people.

These differences are most applicable to the story-telling we find in theater and cinema but it's easy to see that standup comedians did not evolve out of tragedy. Where the protagonists in a comedy will mock authority, a good standup comedian knows it's right and proper to "punch up" but very uncool to "punch down". In other words, mocking those with more power than you is fine and good but mocking those with less power just means that you're a bully. (This is why Dennis Miller, Andrew Dice Clay, and Nick DiPaolo are among my least favorite comedians.) This refusal to defer to authority, as well as the other comedic virtues, shows up on the list of seven affinities between philosophy and stand-up comedy. For both this subversive attitude is not just a display of rebelliousness for its own sake, or course, but rather a matter of prioritizing critical examination of authority. Loyalty and deference are incompatible with critical thinking about power and they're not compatible with telling a truthful joke about power. 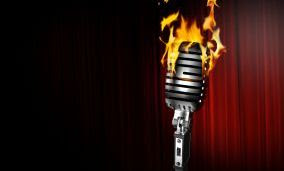 Another item on the list of affinities is very well described by William James, although he wasn't thinking of standup comedians when he wrote it. "It sees the familiar as if it were strange," James said about philosophy, "and the strange as if it were familiar." The comedian and the philosopher can both take a reflective attitude toward the familiar. The comedian will evoke laughter by making the familiar seem strange but the philosopher's way of unsettling us is often pleasurable in a similar way. This is related to the critical thinking and lack of deference and to another item on the list of affinities, namely the emotional disengagement that it takes to stand back and ponder a thing. Criticism and mockery both demand a certain distance from the subject of examination.

The similarities listed so far reflect their shared attitudes but the remaining affinities describe the methods and styles they share in common. Both are conversational and interactive, Stanford says, and they both pose questions. And, finally, both activities demand a careful and precise use of language. These affinities might seem a bit trivial but maybe these last three items make the whole thing add up to something larger than the sum.

I'd like to suggest that this list of affinities can be taken to mean that philosophers and comedians are both artists and language is their chosen medium. Nobody is a very good comedian or a very good philosopher right from the start, not even those with loads of talent and intelligence. They both know the way to Carnegie Hall: practice, practice, practice. Both of them pose challenges to their respective audiences by raising questions, painting alternative visions, or by altering the light in way that let's us see old things in new ways. This is almost literally what a painter does, but a philosophic vision or the absurd portraits of a comedian are more than just analogous; they all preform a similar function and evoke similar responses in their audiences. They refresh and unsettle us, provoke thought, put things in perspective, and tickle us in countless ways - most of which are difficult to describe. There are philosophers and comedians (not to mention painters) that fail to do any such tickling or provoking, of course, but some of them "find their voice" and thereby raise their craft to the level of an art form.