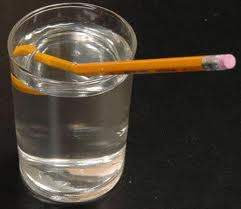 We should distinguish between two traditions within phenomenology: realist phenomenology and idealist phenomenology (fathered by Heidegger and Husserl respectively). The distinguishing feature is how they treat their ‘pre-bracketed’ and ‘post-bracketed’ states: in the realist case when we interpret (describe) the world we can bracket the truth of the claims epistemologically: we can say ‘there is a table there’ regardless of whether there is really. In the idealist case we can metaphysically bracket claims: we say the description ‘there is a table’ has no commitments at all about what is real or not, and indeed we can come up with a system of such ‘impoverished descriptions’ with no metaphysical commitments – and in Husserl’s case, use these statements as a foundation for science.

So the realist phenomenologist says ‘there is a table there’ is a useful interpretation, it does certain things (coordinates our behaviour, engagement with the world, etc.) and it can do this while being true or false – but it nevertheless is about the world – it says that a table exists. The idealist phenomenologist says, rather, that it cannot be false because it has no metaphysical content, is a mysterious kind of description that does not posit the existence of anything.

How does idealist phenomenology accomplish this? In The Idea of Phenomenology , Husserl outlines the key idealist move:

"Every intellectual experience, indeed every experience ever, can be made into an object of pure seeing and apprehension while it is occurring… [therefore,] it would make no sense at all to doubt its being." (Lecture II).

Phenomenology thus transposes the problem of failed judgement ("there is a bent stick before me") into metaphysical theatre: it isn’t a failure of judgement, it's that you're only in contact with phenomenal objects, not real ones - so you are certain, correct and not failing in anyway when you say "I saw a bent stick" if we interpret this as phenomenological puppetry on the stage of The Mind.

Idealist phenomenology thus believes there is a privileged class of descriptions (interpretations of the world) which are immune from failures of judgement, which are true in virtue of being about phenomenal objects. I cannot myself, even granting idealist metaphysics, think of any description of the world which doesn't, in its particular ontological carving-up, make itself immune from a hermeneutic critique: that, at least, there is no “privileged” way to carve up the world and many terrible ones (such as those immediate ones which come to mind sat in an arm chair).

However the foundational problem here is that consciousness is not a container for objects; this assertion mostly derives from another: that the world itself seems to be one way but is another, thus in its initial state of “seeming to be” it cannot be itself real (that illusion is metaphysical). The world, however, never seems to be other than it is. When there's a "bent stick" in some water, The World isn’t in a state of "seeming" where it has changed its nature - the world is exactly as it should be: light is being refracted through water. Our judgement that this effect is not refraction but a bending of the stick is the error. "Perception" (and seeming, illusion) is a property of judgement, not the world: the world only seems to seem. We perceive only in the sense that our encountering objects is not epistemologically determinative: we don't always know what it is we're encountering that does not imply, whatsoever, that the world is thus itself "seeming to be" and so, in effect, is "really" inside consciousness.

Husserl’s reply to the metaphysical sceptic is thus to assert that we can have non-metaphysical interpretations of the world, by asserting that what we are interpreting isn’t the world but an ideal theatre – and thus just either eliminates reality or turns it into ideality, and in either case, neither bypasses metaphysics nor successfully replies to the sceptic.

So, what guarantees knowledge? Given that the response to this question in the idealist-phenomenal tradition has been to perform metametaphysical acrobatics (transforming consciousness into a container; objects into phenomenal spectres there in, and encountering objects as a constitutive of them) - can we do better? What exactly is the comparison here however, scepticism about knowledge lead idealists to do what exactly? Merely, to assert that knowledge was certain. Rather than say our judgements about the world could be foundationally in error we assert that judgement is foundationally certain, and that the world thus bends to its abilities - so we bring the world under the umbrella of knowledge, within consciousness, and say "there is no problem of scepticism, because knowing makes things the case!".

The idealist tradition has, in each stage of its developmental reply to scepticism just asserted new things about the power of judgement, which incidentally only ever prompted a reformulation of scepticism in higher-order terms - rather than "that stick might not be bent!", the sceptic says "there's no way of deciding whether your knowledge is determined by your judgement or of the world itself or of some corrosive mixture!", and here too we might just offer Nietzsche's rebuttal to Kant:

'How are synthetic a priori judgements possible?' Kant asks himself - and what is really his answer? 'By means of a means' - but unfortunately not in five words."

The problem to those who take knowledge to require higher-order justification is that there’s always a higher-order the sceptic can go to: idealist epistemology says that you can only claim “I know there is a table there” if you can also explain how you’ve come to know that, so the idealist builds up a metaphysical picture which guarantees the how, but then the sceptic replies: and how do we know your metaphysics is true? The realist however will simply say: go ahead claim to know things, knowledge only collapses in toto if the radical sceptic is right, in all other cases it doesn’t – and since we’ve no reason to believe the radical sceptic, we’ve no reason to throw away knowledge claims.

Thus the realist phenomenologist says only that the world is, in the general case, itself, and only itself. If it "seems" to be a delusion, the world isn’t changing, our judgements are. The world is not "external", as though it could ever have been "internal": the mind is not a container, but a process (of encountering). We are embedded in the world, as water runs through soil, the light of bent-sticks runs through us. We don’t have any "absolute, creative, ideal freedom" to run it a different way. The stick isn’t made by our heads, the light isn’t a spectre of our mind – it’s running through us. The mind, insofar as it does anything, casts its own shadow on the world - a shadow which aids our judgement but is neither identical to it or the world.

Thus knowledge is provided contingently: whether we are actually correctly describing the world is determined by how things are, not as a necessary property, artificially guaranteed by judgement. If a person looks out over a desert and sees a mirage then his judgement is wrong about the world, and if another person looks out and sees an oasis, then his judgement is right. Neither person can alone and a priori give any certainty to their knowledge. There is "certainty" but it’s a property of states of affairs (of my body, the world, our relationship), not of the mental. The mirage-man does not have certainty, but the oasis-man does - as a feature of their relationship to the world, not as a feature of their knowledge: oasis-light is flowing through the oasis-man, but there is no mirage-light flowing through the mirage-man.

There can be no reply to the encircling sceptic, other than to turn his scenarios around on him, and ask, "but what would have to be the case for your alternative possibility to be true?". And we always find a great mess which cannot be justified. In a field of alternatives where none can win out against the others on certain grounds, we’re compelled to the one which invents the least. And as far as metaphysical gymnastics goes, the least assertive is that which says, "my hand here, is my hand, in the world in which I am in, and I know this if, and only if, it is the case".

The observation on which all scepticism rests is that judgement never comes with a judgement of itself, that to know a thing is not to know that you are knowing it or how you are knowing it. And scepticism only forces us to concede this minor point, and none other: not that their Rube Goldberg metaphysics is worth consideration, and especially not that we have to become Goldbergs ourselves.