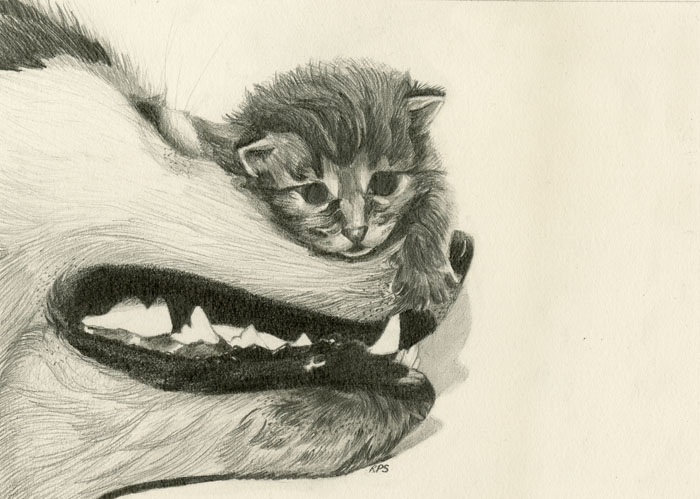 If you were curious and confused as I was when Law started talking about the "second naïveté" on our Ricoeur episode, check out this page for a quick explanation. We start out (with the "first naïveté") taking all these religious fairy stories at face value. We then grow up and acquire critical distance, which not only involves applying what we've learned by actually dealing with the world (e.g. you wouldn't believe your spouse was cheating on you without adequate evidence, so why would you believe in this stuff?) and from science, but also applying the insights of Marx, Nietzsche, and Freud to look at your beliefs from these different points of view. But the agnosticism (at best) that typically results from this isn't the end of the story.

Fundamental to authentic religion (for any religious existentialist) is spiritual, i.e. emotional engagement, which when it comes to Christianity at least has to do with "being called." While the hermeneutic strategies to "open up the text" that Ricoeur presents are not simple or childlike, they're only the first step in engaging with the ideas. If you understand "the meek shall inherit the earth" as a radical idea, what do you do with that? How do you apply it? How do you let it change you? Following Gadamer, we're supposed to put ourselves at risk, allowing the possibility that the text could be life-changing.

I got to try this in preparing for episode 113 on Jesus's Parables: Could I, by learning about the original circumstances (so far as they can be reconstructing) of their delivery and then their recording, really listen to them? Well, you'll have to wait for that episode to see whether you think I got the message. For the most part, I'll confess that I'm not sure how one is really supposed to institute such a "naïveté." As Gadamer said, the only handle we have on a text is our own foreunderstandings, and though we can try to improve these by learning more about history, and literary tropes, and other topics, the end result of this is not in any sense a dropping one's guard. Surely this can't be referring simply to the very first necessary step of not writing off the text out of hand, of admitting that there is some value in listening to the text at all.

According to the summary of Ricoeur linked to above, the naïveté involves being able to approach the symbols in the appropriate manner, keeping in mind (as per the Jaspers bonus discussion), that they don't point actually point to any specific thing. This is what the summary refers to as the "mystic stage," so it sounds like it's a matter of being open to a certain kind of religious/mystical experience: putting your mind at peace, clearing it of thoughts, focusing on your senses, your breathing, all that jazz, as one would have to do perhaps to enjoy certain types of jazz or other music that doesn't obtrusively jump out and grab you ("catchy" music). But doing this only works if you've already done the prior work to understand (whether or not you can articulate it) the musical language involved (see our Goodman episode). The system of symbols for a given religion is still conventional, and not merely a matter of seeing the infinite another person or nature as Buber describes. But what system of religious symbols am I equipped to understand? I went to church throughout my youth, waving palms and lighting candles and singing in front of a massive, room-filling organ, eating the croutons and drinking the grape juice, listening to the stories and the homilies and the calls to be closer to God and follow in the example of Jesus. That's the language I learned, and its symbols are simple and to my adult eyes basically unhelpful; they've long since been replaced by music and love and certain movies in putting me in touch with that feeling that I used to call religious by seems well enough described nowadays as ASMR.

It's easy to accuse anyone defending a mature version of religion as still just trying to covertly defend a set of much less mature, less admirable sentiments; the suspicion that Ricoeur brings to bear is more than welcome. When I hear the call to put one's presuppositions at risk in reading the Bible, I hear "suspend your disbelief." I hear "well, how do you know that miracles don't really occur? Scientific laws are just generalizations of the observed, and can't disprove divine exceptions." I hear "lower your arrogant countenance in the presence of the divine!" These are the fore-understandings with which I approach such apparently enlightened approaches to Christianity, and the call for me to become impossibly naïve does not allay my suspicions. Will nothing short of a full seminary education, or a Ph.D. in religion, actually qualify me to read the symbols and so allow me to get the desired result out of my open heart?