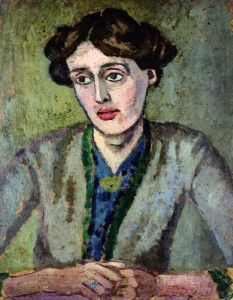 for our conversation in April. You can hear us discuss the plot, characters, and themes, with quotes and passages so... beware of spoilers. Myself along with PEL members Dan, Cezary, Daniel, and Laura, talk about: Time, Beauty, and Life; we bring up Ulysses

by James Joyce and The Map and the Territory

by Michel Houellebecq--I also make one point by saying "Sympathy through the boots."

You can Philosophical Fiction's full conversation on To The Lighthouse on the Free Stuff for Citizens page (click the "Not School and Aftershow Discussions" tab and scroll down a bit).

'And that's the end,' she said, and she saw in his eyes, as the interest in the story died away in them, something else take its place; something wondering, pale, like the reflection of a light, which at once made him gaze and marvel. Turning, she looked across the bay, and there, sure enough, coming regularly across the waves first two quick strokes and then one long steady stroke, was the light of the Lighthouse. It had been lit.

In a moment he would ask her, 'Are we going to the Lighthouse?' And she would have to say, 'No: not tomorrow, your father says not.' Happily, Mildred came in to fetch them, and the bustle distracted them. But he kept looking back over his shoulder as Mildred carried him out, and she was certain that he was thinking, we are not going to the Lighthouse tomorrow; and she thought, he will remember that all his life. (p.68, HBJ)

We are currently reading Kafka on the Shore

by Haruki Murakami. You can join our conversations, give a suggestion or send us a great quote, by visiting the Partially Examined Life's Not School at Philosophical Fiction.