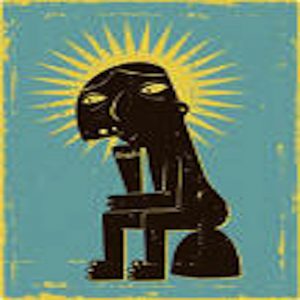 So, you love PEL, and it just doesn't come out often enough for you. Your hunger for more philosophy podcasting is still stronger than a Nietzschean ubermensch. What do you do?

Well, as readers of this blog are no doubt aware, there's an increasingly generous buffet of other philosophical podcasts to try. So how does a new podcast like 'The Philosofa' compete?

The premise of the show is to take two stand-up comedians as hosts, and let them chat with philosophers and other intellectuals about a philosophical topic. This is a good idea. As I've found from running Stand-up Philosophy for the last few years, letting comedians and philosophers talk to each other can have fascinating results.

Philosophers spend years - decades, even - on a single thought; comedians are quick, sharp, and keen to learn. When it works well, a good comedian can process and summarize philosophical arguments into crystals of intelligence that make for perfect podcast material.

'The Philosofa' may be a work-in-progress (the first two episodes are now available on iTunes) but it's certainly on its way to creating that kind of chemistry. The comedian-hosts Helen Arney and Omar Hamdi are charming hosts and there's a clear rapport between them. Arney is calm and reasoned - as well as being very witty - and Hamdi brings a Tigger-like bounciness and clear enthusiasm to engage the guests.

And the guests seem to be of real quality. In the second episode, they were Nietzsche scholar Ken Gemes, Steve Keen of 'Debunking Economics' fame, and pop science author David Bodanis.

Ken Gemes in particular is an outstanding guest, developing arguments with a clarity and verve that makes him eminently listenable.

In fact, the best parts of the show were when the hosts took a step back and left the guests chat with each other. The exchanges between Keen and Gemes on the status of Economics and Medicine as a science or pseudoscience were particularly fascinating, and it's unusual to hear thinkers from such different fields being able to talk so productively.

With this in mind, it's also good that Hamdi seems now to have reined in his first-episode habit of interrupting the guests, which demonstrates the efforts that the show is making to get really good. He's still quick to push his own quips and mini-rants, but with a more disciplined style. The secret to being great in any panel show is that less is often more - and when the hosts ask questions and listen to the answers, both are really superb at directing discussion.

If I had one complaint, it would be with the running time: at about an hour per episode, it's a bit too long for the average commute, and a bit too short to go into anything in much depth. But this is a minor quibble, and it usually takes a few episodes before a podcast like this really settles into its format - so we can suspend these kinds of criticisms until it really gets going.

Overall, The Philosofa is a very promising addition to the world of philosophy podcasts, and if the quality of guests keeps up, it will be worth sticking it in your subscriptions list next to PEL.